Will Finkel's appointment to Chief Scientist lead to nuclear power in Australia? 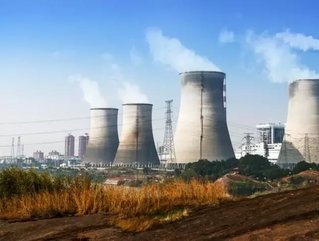 With the appointment of new Chief Scientist Dr. Alan Finkel, Australia is now fully invested in improving the nation’s innovation of science and technology.

Finkel will take over his new role of Science and Technology adviser to the Aussie government in January, leaving his current position of President of the Australian Academy of Technological Sciences and Engineering.

After funding for research institutions fell to a 30-year low under Tony Abbott, Prime Minister Malcolm Turnbull intends to make science a main aspect of the government’s national agenda.

While Finkel has revealed electric cars are the transport technology of the future and the electricity inside his home is completely green, he has also argued that nuclear power should in fact be considered as an alternative energy source ahead of solar and wind energy.

In fact, the government has told the South Australian Nuclear Royal Commission that nuclear power plants can in fact deliver large amounts of electricity with very low carbon emissions and shouldn’t be rejected as a valid option.

Nuclear power has been used for over 50 years and supplies power to 32 countries without producing emissions. Australia is one of few developed countries that don’t use it — mainly due to fear of a disaster and politics — but some believe if Aussies don’t plan a reactor within the next 10 years, the country will be looked upon as technologically irrelevant.

France, which is the most nuclear-friendly nation in the world, generates 78 per cent of its energy from nuclear with no accidents, and exports a large portion of its power to other countries.

While coal and gas are cheaper alternatives, the amount of fuel needed for one gigawatt nuclear power plant is 27 tonnes, compared to three million tonnes for a coal station.

RELATED TOPIC: Is Australia Heading for a Nuclear Future?

Previously, Finkel called for debate about nuclear electricity, saying Australia would be able to manage such a system “at very high safety levels”. He has couched his arguments in terms of the potential of nuclear power to curb global emissions of carbon dioxide.

Turnbull has expressed skepticism of whether Australia will need a French-style nuclear power industry. In addition, the government is now under even more pressure to come up with a national nuclear waste dump, as 25 tonnes of uranium is on its way back from France after being processed.

So is it worth the risk? Is nuclear energy a good alternative or a disaster waiting to happen?