Why South East Asia is turning heads in the fintech space 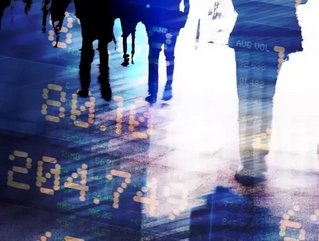 In the past, however, high-growth markets have often been overlooked for potential fintech investment. These markets have nuanced challenges that have historically been a deterrent, from outdated legacy infrastructure that acts as an obstacle to innovation, to almost no framework at all which poses a daunting set-up task. Yet, gradually we’ve seen investors and entrepreneurs alike review what was once considered a challenge and seek out the opportunities presented by these markets.

In the past year alone, South East Asia set a new annual record with $701 million raised across 87 fintech deals. Most recently we’ve seen China's Ant Financial preparing to raise $1 billion for a fund that will invest specifically in fintech startups in South East Asia and India.

It’s perhaps no surprise then that the US saw fintech deals dip as a result of a pullback in early-stage deals, while Asia saw deals rebound as China and India battle for the title of Asia’s top deal hub.

Investors are beginning to recognise the untapped potential of these populations with high mobile appetite and often limited access to financial services, rather than focusing on more saturated markets like the US and UK.

South East Asia is a prime example of a region that has become an attractive market for investors in recent years. But how did this happen? One country in particular has played a huge role in opening up the region. Over the last few years, Singapore has joined the main stage of global fintech hubs. The World Economic Forum’s Global Information Technology report now ranks Singapore as the 4th largest financial centre in the world, putting the region on the map for global fintech investors. Today, Singapore is not only a poster child of how a dedicated and fintech-nurturing environment can transform an economy, but it also acts as an important gateway into South East Asia for the West and those unfamiliar with the region.

2014 saw Singapore’s Prime Minister Lee Hsien Loong announce plans to make the country the world’s first ‘smart nation’ by 2030. He plans to do this by using technology to improve the economy and enhance the standard of living. The Monetary Authority of Singapore (MAS) also followed suit pledging to help create a ‘smart financial centre’ where technology is used to increase efficiency and create opportunities. One of these initiatives is the nation’s Fintech Office, which will be tasked to nurture and develop startups.

Since then, the MAS has launched the Financial Sector Technology and Innovation scheme, an initiative that aimed to allocate $168 million to encourage financial institutions to collaborate with fintech startups. As a result, the country has attracted $735 million in investment this year alone. The government’s active encouragement and facilitation of the investment has made a considerable difference, nurturing the growth of fintech in Singapore.

The country has not kept its achievements to itself though, with several Indonesian start-ups and their investors benefiting from their close relationships with Singapore’s government. Whether in the form of grants, investments from its financial arms or state-linked companies, or simply advice from the growing network of tech start-ups, Singapore’s success is having a domino effect on the other countries in the region.

Although Singapore has done much to open up the region, there are of course still barriers to overcome. More so than in the saturated markets of the US and UK, expert local knowledge of the region is fundamental. For example, those looking to invest in a country like Indonesia would do well to know that the number of credit cards in Indonesia jumped to 60% in the past 5 years to around 15 million. Yet, this is still under 15% penetration. Spending time understanding the local landscape can mean the difference between a successful launch and a wasted investment.

High-growth markets are also prone to experiencing technology clashes. Investors from the West arriving with developments or products built to connect with traditional financial services will most likely encounter obstacles. In Indonesia, digital wallets are rapidly increasing in popularity but still only account for 20% of e-commerce sales. This is likely due to the fact that more than half the population remains unbanked. Any new fintech looking to implement digital wallets will have to bear this in mind.

The appetite for innovation

We must not forget that both the regulation and investment driving fintech would not have occurred if it weren’t for the demand for digital and mobile services in Asia. Fintech has a natural position to fill in emerging and developing markets, where traditional banks are less established, and infrastructure seldom caters to the masses. Couple this with increasingly tech savvy populations, the rapid adoption of mobile phones and improving internet connectivity, and you have a region calling out for investment.

Asia Pacific was the biggest contributor to global mobile subscriber growth for several consecutive years - at the end of 2017, there were 2.7 billion unique mobile users, accounting for two thirds of the region’s population. While the focus has been on China, South East Asia’s enormous capacity for growth is capturing attention. In just five years, the region’s internet penetration has rocketed from 25% to 63%, resulting in a ripe opportunity for mobile-based services. Research by Google and Temasek Holdings last year estimated the region’s internet economy will more than triple by 2025, from $72 billion to $240 million.

With populations hungry for services, tech and fintech start-ups are seeing significant uptake. E-commerce, food delivery and ride-hailing have all seen huge growth, with little sign of stopping, and all require seamless payments solutions built in. A lack of infrastructure also proves beneficial when these start-ups look to expand across South East Asia, finding fewer obstacles than in the product and regulation saturated markets like Europe, making investing ever more appealing.

As the fintech industry collectively develops and harnesses the technology necessary for global financial inclusion, the attractiveness of high-growth markets and their consumers will only increase.

South East Asia is one of the fastest growing digital payments markets in the world and is expected to triple in size to $240 billion in total payments volume by 2025.

While Singapore is a demonstration of where investment has been focusing, other countries are hinting of things to come. Indonesia has a large population of unbanked, and in recent years has emerged as a prized market for fintech startups. It’s home to Gojek, the first Indonesian unicorn company that’s worth more than $10 billion. Meanwhile in Malaysia, regulators have taken steps to make the country a competitive hub for fintech startups in a bid to grab a share of the fintech opportunity, for example with Luno, the first fully regulated Malaysian crypto exchange. These steps also include initiatives like a regulatory sandbox, digital banking guidelines, and promoting open banking.

We need only look to the countries leading the way, such as Singapore, to see how the rest of South East Asia might join the ecosystem and become increasingly lucrative markets. It’s an exciting time for investors and fintech entrepreneurs alike.

by Fady Abdel-Nour, Head of M&A at PayU