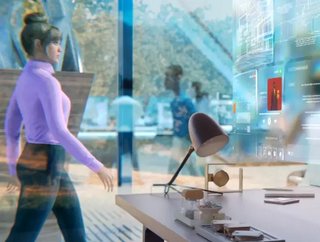 Facebook is the latest consumer technology giant to change its name, to Meta, following rebranding moves by Google, Netflix, Apple and Amazon

Changing the name of your business is a major decision and incurs significant costs, so why have the likes of Google and Facebook gone down that route? For these tech giants who acquired significant brands as they grew exponentially, you can see the rationale. Other companies make the change to better reflect the nature of their business, while some simply need to rebrand to distance themselves from negative publicity that is damaging to the business.

Here, Business Chief looks at five leading global tech brands who have all changed their names. In a move to go ‘beyond’ the social network where it all began (‘meta’ means ‘beyond’ in Greek), Facebook has changed its parent company name to Meta. Meta also owns Instagram and WhatsApp as well as Facebook.

Meta is also a reference to the Metaverse which Facebook boss Mark Zuckerberg is keen to build – an online universe where people can interact, work and communicate virtually, using Facebook’s Oculus VR headsets.

The rebranding comes at a time when Facebook is experiencing negative publicity, so could be a way to distance themselves from this, although Zuckerberg puts a more positive spin on the move.

“To reflect who we are and what we hope to build, I am proud to announce that starting today, our company is now Meta,” said Zuckerberg. “Our mission remains the same — it’s still about bringing people together. Our apps and our brands — they’re not changing either.”

Except Oculus, which is being rebranded to reflect Meta. So, at least that’s clear…

Google changed its name to Alphabet

Admit it. How many of you actually think of Alphabet when you think of Google? It has been more than six years since the search engine leader ‘did a Facebook’ and changed its name to reflect the different companies it had swallowed up during its rapid growth.

A decade ago, when DVDs were still a thing, Netflix provided a DVD service by post (when post was still a thing) as well as its burgeoning movie streaming business. It decided to try to differentiate between the two services by changed its legacy DVD delivery service to Qwikster. Customers didn’t like it, and neither did investors, with stock falling by half its value before Netflix performed a rapid U-turn. It has not looked back since, and currently has more than 200 million subscribers.

Back in 2007 when Apple changed the consumer technology landscape with the launch of the all-conquering iPhone, it also changed its name to better reflect what it was producing. Apple dropped ‘Computers’ from its name and although Apple Mac computers and laptops are still in demand, it’s the iPhone that continues to bring in the revenue – even though it canabalised the market for its popular iPod digital music player in the process. Save your tears. Apple has sold more than 2 billion of its smartphones.

The story goes that Jeff Bezos decided to change the name of his book delivery service from Cadabra (short for the magic word abracadabra) after a lawyer thought he said ‘cadaver’ – a technical term for a dead body. Realising the possible negative impression this may set, Bezos changed the name to Amazon, having also been keen on Relentless. We think he made the right choice.

Other companies that changed their names: