Why Coffee is So Much Better in Australia 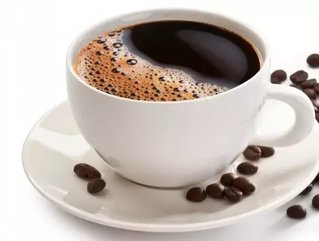 Coffee is a craze in several countries around the world, but there’s something about this popular beverage that stands out in “The Land Down Under.” It can’t be easily duplicated, as even the coffee giant Starbucks discovered when it was forced close 72 per cent of its stores in Australia back in 2008. Aussies simply prefer smaller shops where baristas cater to their individual needs.

RELATED TOPIC: A Morning Coffee May Extend Your Life

For one, coffee is considerably stronger in Australia. Unlike to America, where they brew large pots at a time, Australian coffee is espresso-based and is made individually to order. Even though servings are much smaller, you can get your same caffeine fix without as much consumption, due to the quality of the Arabica coffee bean grown here.

Also, there’s the way it’s consumed. While American’s often get there order to go on their way to work or wherever their destination, Australians often like to have a seat and enjoy their drink. After all, it’s made individually, and with its rich flavor, taking your time to sip on it is often preferred. It’s a treat to be enjoyed, not chugged while in a hurry. In many ways, it’s a reflection of Australia as a whole.

Then there are the original names, which often throw off tourists. Who wouldn’t be intrigued by a drink called “flat white” or “long black?” I know I am. The strong Italian influence in Australia also leads to uncommon brands of coffee such as Vittoria, Lavazza and Segafredo.

With Australian coffee shops already popping up in major American cities such as New York and Los Angeles, it’s only a matter of time before this unique culture goes global.