Why Australia is strengthening educational ties with India 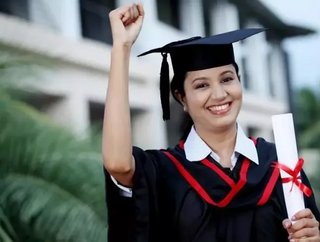 In an effort to strengthen collaborations of strategic research between Australia and India, Minister for Education Christopher Pyne officially opened new facilities at the Indian Institute of Technology Bombay (IITB)-Monash Research Academy in Mumbai, India.

With Australia continuing to carry the reputation of not being a particularly high quality destination for education, the country’s elite Group of Eight universities signed an agreement with six elite Indian private schools.

Pyne said research collaboration is so important because no one institution or government can solve all of the challenges humans face such as food, water and energy supply.

“The Australian Government greatly values our strong relationship with India, particularly in education and research,” said Pyne. “The IITB-Monash Research Academy is undertaking collaborative research work that will benefit both our countries and with a focus on some of these global challenges.”

Through the Australia-India Strategic Research Fund, the Aussie Government donated US$1.5 million to become of the enterprise’s first contributors. The alliance between the two nations includes allowing young researchers to receive a joint PhD from both schools along with exposure to new, innovative international research.

The newly implemented Memorandum of Understanding signed by both Pyne and India’s minister of human resource development Smriti Zubin Irani will help facilitate credit transfers, mutual recognition of qualifications among other things.

In addition, the recognition of Aussie pathways and foundation courses in the vocational education and training (VET) sector by India is a major step for Indian students who decided to either continue their education return to India to work. The majority of Indian students who enrolled in Australian institutions during the first half of 2015 joined VET courses.

The latest news also coincides with the appointment of former cricketer Adam Gilchrist as the nation’s inaugural ambassador to the region on education. The hope behind it is that will attract even more of the top students to begin studying in Australia.

The number of Indian students in Australia is increasing at about 15 per cent each year, as many are believed to be interested in to potential prospect of permanent citizenship, some even attending lower-ranking schools in order to do so.

However, many believe the very best Indian students are opting to study in the United States or United Kingdom.

But with both countries now realising education and research are core pieces to the strategic partnership, the two sides have made strides in the negotiation of several key initiatives.