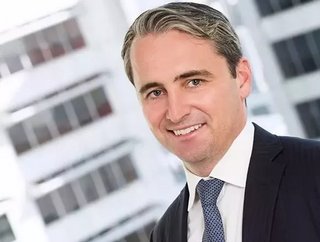 Commonwealth Bank (CBA) will have a new CEO in place from 9 April following the resignation of Ian Narev, who announced he was stepping down in August.

The new man in the hotseat is Matt Comyn, whose immediate tasks will include dealing with any fallout from CBA’s ongoing legal case surrounding breaches of anti-money laundering legislation.

Comyn, 42, in the words of CBA Chairman Catherine Livingstone “needs to transform the business and adapt the organisational capability and culture to suit the rapidly evolving competitive and technology-centric environment”.

This represents a promotion for Comyn, who is currently the bank’s retail division boss having previously been the head of CBA's online stockbroking arm, CommSec.

Commenting on his appointment, he said: “The last six months in particular have been very challenging and I am committed to working with the Board, the executive team and our wonderful people to rebuild trust in the Commonwealth Bank together.

“It is important that we maintain the momentum underway, upgrading and strengthening our governance, accountability and risk management, while delivering strong financial performance.  We are in a period of significant technology and competitive change, and I look forward to ensuring we remain at the forefront of technology, innovation and a great customer experience.”

It is believed that Comyn will be paid a $2.2mn fixed salary with an opportunity to double this in the short term depending on performance. This is less than outgoing Narev, who earned $12.3mn in 2016 alone.

Comyn, who served a brief stint as CEO of Morhan Stanley Smith Barney in 2010, first joined CBA in 2005, this having achieved a Master of Commerce, Finance from the University of New South Wales. He also studied a General Management Program from Harvard Business School in 2007 and obtained a Global Executive MBA from Sydney University in 2013.