What the mining industry can learn from Rio Tinto 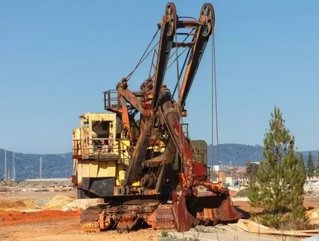 Despite the company’s recent controversial iron ore expansions, there are several things others in the mining industry can learn from Rio Tinto.

Worth about $59.8 billion as of 2014, Rio Tinto is the world’s second largest mining company. Just yesterday, the Rio Tinto board spent the majority of its meeting in Perth discussing its expansion strategy as iron ore prices in Australia continue to fall.

And recent results show its back to doing what it does best: aggressively driving volume increases from its collection of tier-one assets at the lowest cost in the country. With the balance sheet repair job in progress and increased returns going to shareholders, CEO Sam Walsh is delivering what he promised when taking over the company in 2013.

Rio Tinto’s Australian-listed shares went up 6.5 per cent in a report earlier this year, showing that investors like the changes Walsh and former BHP Billiton executive Chris Lynch have implemented. In fact, the promotion of Walsh from running just the iron ore business to the top job has paid off quite well for the company.

Rio’s 4.6 per cent dividend yield stands out in today’s low-yield world. Its strong financial state has the company in a great position to take advantage of opportunities, such as distressed asset sales from struggling competitors.

While Rio’s main business of iron ore continues to grow, it has somewhat offset the lower prices. With a very low cost base, the business has found a way to get past this low period of the mining cycle. In addition, its higher earnings from aluminum means iron ore is now 72 per cent of the company’s revenue before interest, tax, depreciation and amortization (EBITDA), as well as a welcomed decrease from 81 per cent in 2013. This increasing diversification should give some comfort to investors in fear of the iron ore price outlook.

Using enterprise value-to-EBITDA as measurement, Rio Tinto shares trade at 6.4 times compared to the sector’s 6.5 times. Investors in business with other minors may want to consider making a change.