What can Asian countries expect from a President Trump? 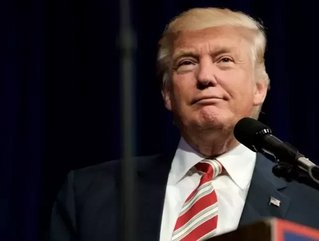 In perhaps one of the greatest political upsets of all time, business tycoon Donald Trump has won the US Presidential election beating Democratic veteran Hillary Clinton.

While there are plenty of droll YouTube videos of Trump saying ‘China’ ad nauseam, predicting what his tenure will actually mean for businesses and economies across the continent is no more problematic than it is worrying.

Running a campaign characterised by contractions and posturing – an indeterminate point between pre-First World War splendid isolationism and global policeman - predicting the next four years is less a science and more cosmic divination.

Businessmen and politicians in Asia should probably worry most about Trump’s stance on free trade – an issue that he claims has cost countless American jobs and is likely to be a key policy for redress in his government. The status of several important deals therefore hinges on how close his legislative actions come to his campaign rhetoric.

Alongside the mothballed Trans-Pacific Partnership (TPP), the US has separate FTAs with a number of key Asian countries that could all be up for review in the next four years or sooner. Given Trump’s apparent hatred of the North American Free Trade Agreement (NAFTA) would it be so far removed to question the future of America’s deals with Singapore and South Korea? Looking further afield – could Australia’s FTA also be under threat?

The TPP – also eventually opposed by Clinton – was billed to transform Asian signatories into an “economic NATO” according to Obama but now looks to be in tatters. The deal would have seen Japan, Malaysia and Vietnam gain similar status as Singapore and South Korea, notably excluding China.

At a rally in June, Trump said that TPP would "will make NAFTA, in my opinion, look like a baby — it's over 5,000 pages long — every country that's in that partnership has studied every word, every comma, every sentence, every paragraph; our guys probably haven't even read it. This is the way we do business."

Trump has also repeatedly stated that he will place US jobs and economic interests first in any future deals – what this will amount to remains to be seen.

China, China, China, China. Trump’s policy on the workshop of the world should top his list of priorities, but what his actual strategy is could not be more unclear. Given heightened tensions over the South China Sea alongside longstanding economic competition with the West, his vague promises of rebalance aren’t enough for many Asian countries. As China becomes ever more interested in expanding its regional influence, countries nearby will be forced to choose between a country on the rise and a country divided against itself.

Writing in Foreign Policy, James Palmer suggested that China is the real winner of the US election, but also urged caution, “Beijing’s ambitious plans to develop other global trade networks through the “One Road, One Belt” scheme may be able to compensate […]— or may prove just as unstable in a rudderless world. China and the United States have often been compared to the two wings of the global economy; if one goes, they spiral down together,” he said.

Trump has also controversially promised to tear up the Paris Agreement – flying in the face of China’s recent surprise ratification. America reneging on its carbon reduction targets would not simply create a possible imbalance in regulatory compliance when doing trade, but could also directly wreak havoc on Asian countries already struggling with the effects of climate change.

While uncertainty prevails, the pessimistic narrative will usually always hold more clout, especially given how divisive this election has been. What should concern Asian executives and politicians at this point? Strengthening regional collaboration and growth through Asean is surely an option open to serious consideration, not to mention planning to navigate an increasingly tense power game between America, Russia and China.