Trans Pacific Partnership: Could the UK look to Asia after Brexit? 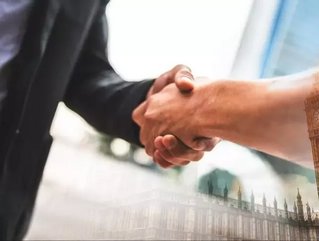 Britain is reportedly considering whether to try and join the TPP (Trans Pacific Partnership) when it leaves the European Union in 2019.

A recent report by the Financial Times suggested that Britain joining the TPP could revitalise it, as well as giving the European nation more options after Brexit.

The existing 11 nations were left floundering then Donald Trump decided to pull the US out of the agreement. They have now had to look at other options.

UK Trade Minister Greg Hands told the Financial Times: “Nothing is excluded in all of this… with these kinds of plurilateral relationships, there doesn’t have to be any geographic restriction.”

Liam Fox, British Trade Minister, has confirmed that London will continue to welcome foreign investment after the US this week blocked a deal between MoneyGram and Alibaba’s Ant Financial.

The statement was made in China as part of Fox’s visit and several economic talks between China and Britain as Britain looks east in preparing for life after the EU.

He stated: “of course, we would look, as other countries to, at our security… but the UK has traditionally been an open country, welcoming of FDI. And we’ll continue to do that.”

Fox also added that while Britain hopes to sign a free trade pack with China, a “big issue” is China’s service sector openness. However he also added that a fixed-term agreement is not the only option, there are also mutual recognition deals and other examples. “There are a whole range of tools in the box. And people tend to talk as though an FTA is the only tool we have available…it’s not.”

Is investing in China a viable option?

It’s possible that there is indeed a lot of potential for UK businesses looking to invest in China, as well as vice versa, and the UK is beginning to recognise this.

For example, when Business Chief spoke to David Wright of UK-based Turquoise International about opportunities for venture capital, he stated: “Across the board, China is recognised because of the size of the market, but also because the central government is really encouraging development”, adding that, in China, “there’s going to be an increasing amount of outbound investment which is really worth, from a UK perspective, finding out about and getting involved in.”