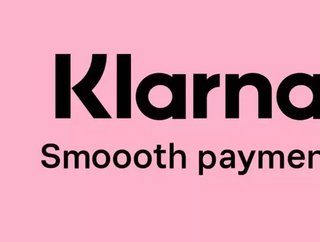 China’s Ant Financial, the operator of the world’s most popular payment platform, Alipay, is to acquire a minority stake in Swedish fintech Klarna.

In a press release, the company’s CEO Sebastian Siemiątkowski discussed the stake, which is under 1%. “For too long consumers have had to endure non-intuitive, boring and overly complex services when shopping both online and offline. At the heart of this cooperation between Klarna and Alipay is a shared ambition of innovating truly superior shopping experiences and creating destinations of inspiration for consumers across the world. Alipay, and the wider Alibaba Group, have truly set the global pace on retail innovation and the app economy. We are delighted in this confidence shown in Klarna in defining the future of payments and shopping and are very much looking forward to working together further in the future.”

Ant Financial has long been associated with ecommerce giant Alibaba. Alipay, for instance, is the preferred payment method of Alibaba’s marketplaces such as AliExpress. Offering a secure platform for online and mobile payments, it has become exceedingly popular in China. As of 2018, the Financial Times reported that the service boasted 622mn users and handled more than half of the $15.5trn of digital payments taking place in the country.

Spun off from Alibaba in 2010, Ant Financial acquired its current name in 2014, though Alipay remains the name of its subsidiary payments platform. Back in September 2019, Alibaba announced the formal acquisition of a 33% stake.

Fintech unicorn Klarna, meanwhile, has just achieved a figure of over seven million customers in the UK. The $5.5bn-valued company has a total revenue of over $35bn. The digital bank allows for payment in instalments, among other financial services.