Japanese Foreign Minister To Conclude FTA Talks In The UK 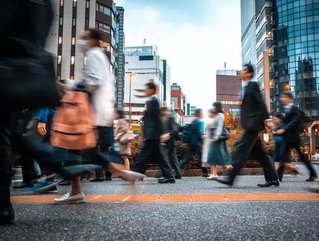 Toshimitsu Motegi, the Japanese Foreign Minister, will travel to the United Kingdom this week ahead of talks over a free-trade agreement...

The talks between Japan and the United Kingdom, which are anticipated to be tough for the Japanese minister, are set to conclude the ongoing talks to resolve the potential agreement. The visit, which will begin on Wednesday, is the first trip taken overseas by a Japanese minister since the beginning of the outbreak of the COVID-19 pandemic - ruled a pandemic in March 2020.

Motegi hopes that he and British Trade Minister Liz Truss can find an agreement from the talks, and set up a post-Brexit deal. The UK is set to have transitioned out of the European Union (EU) by the end of the year, which is driving forwards the willingness to conclude a deal with no snags from gaps being present within bilateral trade agreements.

“It is indispensable to swiftly form a framework for trade and investment between Japan and Britain that will replace the Japan-EU EPA to ensure the smooth continuation of bilateral businesses,” Motegi said to reporters on Tuesday, in reference to an economic partnership between Japan and the EU.

Roughly 1000 Japanese companies currently operate around the UK, including major manufacturers and automotive producers. This is accelerating the country’s desire to secure a deal long before the Brexit transition has occurred.

The companies currently operating within the UK would be significantly burdened by trade tariffs if they were to increase. It would be difficult for them to continue working within the country if so, which would be a huge hit to both the UK and Japanese economies.

To date, the two countries have already agreed around 20 chapters of the trade agreement. Negotiations have been ongoing for two months, and the final stage discussions are set to be intensive. “Difficult negotiations such as this, where national interest is at stake, cannot be conducted over the telephone,”said Motegi. “We will negotiate face-to-face. I’m afraid negotiations will last many hours, but I would like to find middle ground and reach an agreement.”

With COVID-19 measures being considered, Motegi is travelling into the country on a private charter plane, with the numbers of his entourage kept to a minimum. So far, no reporters have been confirmed to be travelling with the minister, and the team will undergo intensive testing upon their return, being required to avoid public transport also.