The impact of Brexit on UK and China relations 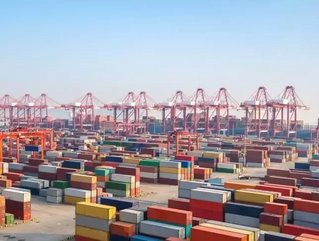 Dr Johnny Hon, Founder and Chairman of The Global Group, takes a look at how Brexit is impacting UK-China relations, since Xi Jinping’s positive state visit of 2015.

What will be the impact of Brexit on the future prospects for trade, investment and commercial relations between the UK and China is a question I am asked frequently. It is certainly a reasonable one – Brexit is the most profound and complex change to occur in the UK in my lifetime.

Nevertheless, we should keep a sense of perspective. Thriving UK-China relations are not predicated on Brexit. When Chinese President Xi Jinping paid his state visit to the United Kingdom in October 2015, the British people had yet to vote to leave the European Union. And Prime Minister David Cameron, along with his Chancellor George Osborne, were pretty confident that their preferred option of Remain would carry the day, just as it had, despite a last-minute wobble, in the referendum on Scottish independence. Yet it was that state visit, with its billions of pounds worth of deals, that led our two countries to declare that our relations had entered a golden era.

EU membership has been no barrier to the UK attracting significant Chinese investment. Indeed, the largest Chinese investment in the UK to date, into the Hinkley nuclear power plant, is jointly with a French company, EDF. China has always been broadly sympathetic to the European Union and to the process of European integration, not least as it sees a strong Europe as potentially an important pillar of a multipolar world, rather than one dominated by one or two superpowers.

However, this does not mean that EU-China relations have always been smooth and plain-sailing, as the nearly three-decade long embargo on arms exports to China, which actually affects a whole range of goods and technologies deemed to be of ‘dual use’; disputes over tariffs, once dubbed ‘bra wars’; the increasing restrictions on Chinese investment into a number of EU countries, not least Germany; and the scarcely veiled suspicion of the Chinese-initiated dialogue mechanism with the 11 formerly socialist Central and Eastern European countries, comprising both EU member and potential accession countries, among other issues, all attest.

China therefore tended to value the role of the UK in the EU – the UK’s stance in favour of free trade and reform, and against protectionism, largely chimed with Beijing’s view. And many Chinese companies chose to set up in London, in part, as they considered the UK to be their Gateway to Europe. Of course, they had other reasons, too, for choosing London or elsewhere in the UK, such as the rule of law, excellent schools, familiarity with the English language, the unique role of the City as the world’s leading financial centre, Heathrow’s role as a global aviation hub, the UK’s strong historic links with the Middle East and Africa, London’s countless cosmopolitan attractions, and many others.

All these will remain, and even be augmented, by Brexit. However, that is not stopping a number of Chinese companies from ‘hedging their bets’, with other financial centres, including Dublin, Luxembourg and Frankfurt, becoming the beneficiaries. Chinese banks in the UK share the same concerns about the future for ‘passporting’ rights as do all other foreign banks in London and are making their arrangements accordingly.

Potentially, one of the greatest boons for the China/UK relationship post-Brexit would be the conclusion of a comprehensive free trade agreement (FTA). But the UK’s ability to conclude such a deal depends very much on what kind of Brexit is finally agreed, something that is presently the subject of so much confusion and turmoil in British politics. In addition, the timescale will be dictated by the length of any transition period that London and Brussels might finally agree. In the meantime, China is likely to prioritise the negotiation of a free trade agreement with the EU, representing as it does a larger market.

A UK FTA may be little more than a carbon copy of one that China is likely to conclude with the EU, but at least theoretically, if and when the UK regains the right to conclude its own trade deals, there is the possibility to conclude a much more radical and comprehensive agreement, focused at least as much on services, so vital to the UK economy, as on goods. With London already, a global leader in areas such as the internationalistion of the Chinese currency, the RMB, this could open up a whole world of exciting opportunities. Moreover, Beijing may well find it easier to forge agreement with one capital than with twenty-seven.

For the UK/China relationship, therefore, Brexit represents both challenge and opportunity. But to the Chinese way of thinking, these two concepts are closely inter-related, and the best opportunities are often secured through facing up to and overcoming challenges.

This is where we are now. Whilst Brexit is certainly proving to be not plain sailing, I am totally convinced that another, even better, golden era is waiting for China and the UK over the horizon. Prime Minister Theresa May has rightly stressed that a post-Brexit Britain has to be a global Britain. As a company based in both Hong Kong and London, one that has been committed to “bridging the new frontiers” between east and west, and between China and the UK in particular, for more than 20 years now, this is music to our ears. The Global Group, and myself personally, are determined to be at the heart of meeting the challenges and seizing the opportunities.