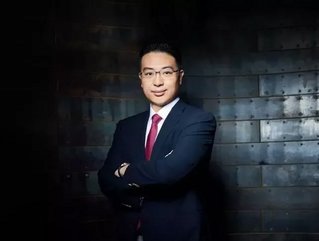 Since establishing the Global Group - an angel investment and venture capital consultancy – a little over twenty years ago, I have seen the momentum for globalisation grow. Our aim is to improve business relationships between the East and the West, and this process has been accelerated by developments in technology and transport. As a result, countries are now able to interact more than ever before and develop strong trading and investment partnerships.

Prominent in this era of increased globalisation are China and the UK and they have many further opportunities to build on their existing commercial ties.

Whatever finally happens with Brexit, Britain surely needs to recalibrate its place in the world, not least its stance towards international trade. The UK, my second home, has already forged many strong commercial links between itself and China over the years and I believe that these will only intensify in 2019. The present situation, for all its confusion, should be taken as an opportunity to enhance current Sino-UK relations, whilst ensuring they remain mutually beneficial.

In 2018 Prime Minister Theresa May spoke of an agreement to move “more of the UK’s internationally renowned food and drinks to China, to open up the market”. With an increasing percentage of the Chinese population being willing to pay more for high quality foreign products, this means that exports of British food and drink are growing as well as opening up exciting opportunities for the export of trusted and prestigious heritage brands.

I have already witnessed many opportunities for the UK to attract Chinese investors - and vice versa - for example the £240m dairy deal between the UK and China, which will see China approve imports of UK-made dairy products such as cream and yoghurt.

The Arctic Circle is a potentially very lucrative trade route whose possibilities are currently being explored – and this has assumed the name of the Polar Silk Road. This route will further encourage trading between China, Russia and the UK, amongst other countries. What’s more, it will shorten journey times by around 12 days compared to the traditional route, which goes via the Indian Ocean and Suez Canal. This means it could also save around 300 tonnes of fuel, which will have a knock-on effect on the price of traded goods.

In June 2018, Beijing’s proposed route through the Arctic channel seemed to progress as both Presidents Vladimir Putin and Xi Jinping declared their readiness to boost cooperation in the region. For China however, these ambitions extend beyond just Russia. As no single nation has full sovereignty over the Arctic, this is an important time for China and the UK to establish a route that will be beneficial to more than just themselves as countries continue to explore new commercially viable channels.

The UK and China need to be proactive in securing this opportunity. Not only will it lower barriers to trade by increasing capacity and decreasing costs, but it will also demonstrate the importance of global connectivity for the future.

The Polar Silk Road, of course, forms just one part of China’s Belt and Road initiative (BRI), designed to develop infrastructure and improve global connectivity. This is widely considered to be the greatest investment opportunity for many decades, quite possibly for all time. This initiative will enable goods to be moved between the East, the West and beyond more efficiently and expeditiously than ever before. This will certainly help to boost trade and stimulate economic growth, improving China’s relationship and connectivity with trading partners across Asia, the Middle East, Africa, Europe and beyond. It offers countless opportunities for eastern and western economies to prosper and become more sustainable.

Britain took an early lead among major Western countries to respond positively to the initiative and may be considered a natural partner to develop BRI cooperation in third markets,  due to a number of factors, including geographic advantage, the rule of law, the role of the City, well-established relations with Commonwealth countries, such as Pakistan, a liberal investment regime and proficiency in legal, banking, accounting and other professional services. I believe all this will lead the way to increased trade and integration between the two sides, with enhanced mutual profitability.

As the world becomes increasingly interconnected, it will be important to maintain good relationships in the international community. The UK should look for opportunities like those arising from the Belt and Road Initiative. I am confident that the UK and China will continue to overcome obstacles and work together to ensure a prosperous future for both countries.