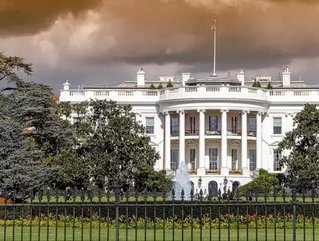 Moody’s Investors Service have stated that the threat of conflict between North Korea, South Korea and the US is the Asia’s “greatest geopolitical threat to credit quality” and could disrupt business on a global scale if it materialises.

In a report released today following heightened threats and tensions between leaders Donald Trump and Kim Jong Un, Moody’s said that while the scenario has “low probability”, if military action were to unfold the consequences could be severe and far-reaching.

Aside from loss of live, the greatest repercussion, Moody’s says the global economy could suffer and, while it did not discuss the worst-case scenario of nuclear action, it discussed the likely risk to credit quality for those countries and industries at risk.

A conflict lasting a few weeks would, according to the report, damage South Korea’s economic growth due to destruction of production capacity and infrastructure. However, this slowdown would be temporary and offset by fiscal spending as well as Seoul’s external liquidity buffers.

If the conflict were to last over one quarter, according to the report, a range of industries would be affected as well as other economies, such as China and Japan.

Areas affected would include electronics, with South Korea being the world’s leading exporter of electronic components such as memory chips. Moody’s says this impact would be remedied in the supply chains of manufacturers if they could source parts elsewhere – but this would be difficult within a small amount of time.

Logistics would also be affected, with Moody’s explaining: “a fall in Korea’s shipping capacity and likely trade disruptions in some highly-affected Asian countries would also challenge some global ports and logistic companies, such as companies on the US West Coast”.

In addition, South Korea’s energy demand from other nations would be reduced: “As the economic effects of the conflict spread globally, reduced energy demand and prices would reduce revenue for global oil and gas exporters, such as Qatar and Kuwait”. As Seoul is a leading consumer of oil and gas this would have a large impact.

In addition, the global financial market would be in jeopardy as a result of any military action. Moody’s says: “Negative credit implications for most banks and insurance companies in Asia Pacific would be low to moderate because of losses from financial market volatility or losses from Korea-related projects that they finance directly or through their customers”.