Xi Jinping meets with US tech giants Apple and Facebook, hopes to boost relations ahead of Trump's visit 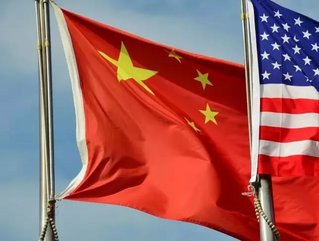 China is reportedly making efforts to improve relations with US tech companies ahead of US President Trump’s visit to the country next week.

Premier Xi Jinping has stated “I am looking forward to President Trump’s upcoming visit to China,” expressing willingness for the two countries to work together to “look after each other’s interests and concerns and to properly resolve disputes and contradictions… We have an optimistic outlook toward the prospects for China-US relations.”

Last year, the US ran a $347bn trade deficit with China. During his presidential campaign, Trump stated he would strive for a better trade deal by negotiating with China, promising to bring more jobs back to America and close the trade gap.

A recent US Commerce Department memo, taken in relation to a US investigation into aluminium foil imports from China, has stated China should not be regarded as a market economy by the US.

The World Trade Organisation (WTO) allows countries which do not class China as a market economy to impose higher tariffs on Chinese exports.

According to the US Commerce Department’s memo: “At its core, the framework of the Chinese economy is set by the Chinese government and the Chinese Communist party, which exercise control directly and indirectly over the allocation of resources through instruments such as government ownership and control of key economic factors and directives.”

Cook and Zuckerberg both met Xi Jinping recently as part of the advisory board’s annual meeting.

At this time, Apple is preparing for the launch of its newest iPhone, the iPhone X, which it hopes will boost its presence in China, the largest smartphone market in the world.

Tim Cook has arranged several meetings in China in the upcoming weeks but details have not been disclosed.

In addition, Mark Zuckerberg has been more active in China recently where he hopes to compete with Tencent’s WeChat. It has been confirmed Zuckerberg is currently in Beijing but no further details have been released.

Of the annual meeting, Zuckerberg commented on Facebook: “Every year this trip is a great way to keep up with the pace of innovation and entrepreneurship in China.”