[VIDEO] Why GoPro chose Melbourne for its Asia Pacific headquarters 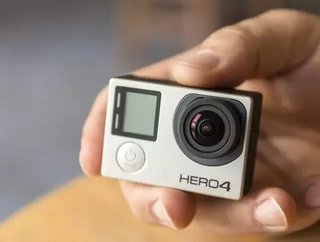 The new centre of operations will be the hub of GoPro’s operations in Australia, New Zealand, India and south-east Asia, and will focus primarily on business development, marketing and management throughout the region.

GoPro Australia director Rodney Block insists Prahran was selected due to its vibe, diversity and it being a good fit culturally, while it also confirms Victoria’s place as an up-and-coming area. Recently, other American tech companies such as Zendesk, Eventbrite, Square and Stripe have also opened up offices in Victoria.

"GoPro's decision to base their Australia and New Zealand headquarters in Melbourne is another huge vote of confidence in Victoria as a centre of tech and innovation, and a place to do business," said Philip Dalidakis, Victorian Minister for Small Business, Innovation and Trade.

Dalidakis said he will announce the division of the state’s $60 million of innovation funding by the end of this month.

Employment Minister Jacinta Allan said GoPro is exactly the type of company the state government hopes to attract for Melbourne, as he believes there are a myriad of opportunities for growth in the region.

RELATED TOPIC: Top 10 Things to Do in Melbourne

GoPro is a California-based action camera company known for its small, high-definition devices. Within the last year alone, GoPro has sold about 6.5 million of the ice-cube sized cameras.

The company has been an international success, and allows citizens to capture some of the most immersive and engaging content.