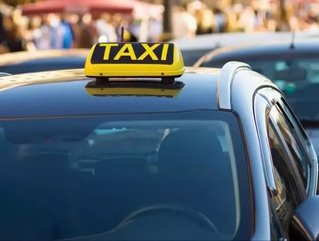 Uber CEO Dara Khosrowshahi is currently on his first trip to Asia since taking on the role in September last year.

In Japan on Tuesday, he talked about partnerships with taxi companies in Tokyo, which could be a recipe for success in a country where the ride-hailing giant has less than 1% market share and operations are limited.

At the moment, Japan’s taxi market is worth $19bn.

Didi to launch in Taiwan ahead of global expansion

In Tokyo, Khosrowshahi said: “I saw Japan as an incredible opportunity, and when I asked the team why wasn’t our Japan business better, I started learning the history of our approach to Japan, and it was an approach that frankly didn’t work. It’s clear to me that we need to come in with partnership in mind, and in particular a partnership with the taxi industry here.”

Bloomberg has reported that Uber has made clear it will push for expansion in Japan, but no details have been confirmed yet.

The company now plans to form partnerships with Japanese taxi companies in hopes of more success.

Uber has previously used partnership models taken advantage of existing firms in otherwise unsuccessful markets. In China, Uber sold its ride-hailing operation to Didi for 20% ownership, and used the same strategy in Russia where is also proved unsuccessful.

Now, Uber plans to sell its Southeast Asian business to Singapore ride-hailing company Grab, in a similar move which will see Uber take a stake in the company.

Grab currently serves over 100 cities in Southeast Asia and holds over 90% of market share in the region, with backing from Softbank.

Khosrowshahi has also this week been in talks with Toyota Motor Corp’s President Akiyo Toyoda and Executive Vice President Shigeki Tomoyama. Details have not been forthcoming but both companies are said to be collaborating on autonomous technology and the Uber CEO confirmed the ride-hailing giant is “committed to self-driving vehicles for commercial profit”.

It’s clear from the visit Uber isn’t ready to give up on successful markets and will try to take a share of the Asian ride-hailing market by any means necessary.