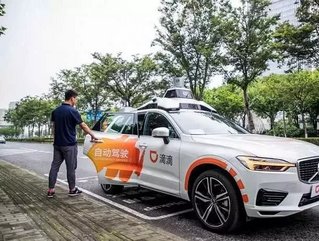 The ever-innovative ride-sharing company DiDi has recently announced that it will begin operating Robotaxi services in the Shanghai area...

The ever-innovative ride-sharing company DiDi has recently announced that it will begin operating Robotaxi services in the Shanghai area.

Users who have signed up through the app will be able to request free, on-demand rides within autonomous vehicles (AVs) within a designated travel area covering business districts, downtown hotels, subway stations and more.

V2X hardware will be deployed at crucial junctions to coordinate the fleet throughout the city and maintain full monitoring of cars on the road in real-time, including vehicle and road conditions.

DiDi has already carved out a reputation as one of the premier ride-hailing services in the world; it currently carries out over 10bn trips per year in China, Japan, Australia and locations in South America. The company’s services include taxis, food delivery, courier services and more.

DiDi’s autonomous fleet was founded in 2016 and has since grown to a staff count of 400 people. With testing licenses approved in other areas of China, as well as in California, US, the company has made history as the first organisation to receive an autonomous fleet licence in Shanghai.

Clearly with a strong vision of what the development of this technology could mean for the industry, Bob Zhang Bo, CTO of DiDi and the autonomous unit’s CEO, stated that self-driving vehicles still needed to break through their current restrictions:

“Autonomous driving needs to move beyond being a novel but limited experience to become a reliable and efficient daily mobility option for the general public in a highly complex real-world environment.”

This latest development comes not long the announcement that $500mn had been raised for the subsidiary in a funding round led by Softbank Vision Fund 2.

Cheng Wei, the Founder and CEO of DiDi Chuxing, declared that he was highly enthusiastic about the potential for AV technology to augment the customer experience. “AI in transportation will no doubt revolutionise safety and efficiency of the urban transit system,” he said.

“DiDi’s biggest strengths are in our rich use cases, data capabilities and a strong long-term commitment to what we believe to be a clear direction of the future. It will be a long way - at least a decade of continued investment - before AV technology passes critical technology, business and regulatory milestones; but we are determined to tackle the challenges ahead.