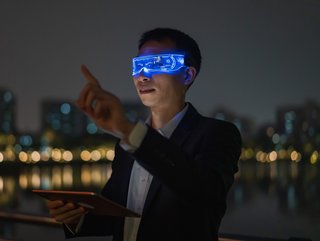 Following Shanghai’s recent release of its plans to become the global leader in metaverse technology, Dubai unveils its metaverse strategy – the race is on

It’s a truth universally acknowledged that Dubai does everything bigger, bolder, faster, taller, and stronger, sometimes even first – from building the world’s tallest building (Burj Khalifa) to creating the world’s first incubator for sustainable cities.

And this week, the UAE emirate lived up to its big, bold, and ambitious reputation with the unveiling of a Metaverse Strategy, as it sets its sights on becoming one of the world’s top 10 metaverse economies.

This ambition to become a world-leading metaverse hub comes hot on the heels of a similar one unveiled by Shanghai just two weeks ago, in which the populous Chinese city laid out its own metaverse plans – to become ‘the’ global leader in metaverse technology and build a metaverse economy worth US$52bn by the end of 2025.

And while Dubai’s new Metaverse Strategy isn’t counting on adding quite so many billions to its economy, given the city’s much smaller size, it is certainly punching above its weight – with plans to create a metaverse economy worth US$4bn in five years and become a leading global metaverse hub.

So, what do these city strategies involve, and how likely are they to deliver?

On July 8, 2022, the Shanghai city government released a policy paper outlining its plans to become ‘the’ global leader in metaverse technology, with a view to growing a US$52bn industry by 2025.

The aim of the city, which is China’s most populated, is to create more than 100 companies that specialise in core metaverse technologies as well as 10 ‘chain-owner’ enterprises that will compete on a global scale.

This announcement follows a draft of Shanghai’s metaverse development plan unveiled in December, where it set out a five-year goal to increase research of underlying technologies including sensors and the use of blockchain.

While the plans sound impressive, the Chinese city may struggle to pull them off, because China has not yet embraced the crypto economy. In fact, the country is crypto-sceptical, with the People’s Bank of China enacting a large-scale cryptocurrency ban in June last year.

Just 10 days following Shanghai’s metaverse plans, the Middle East city of Dubai unveiled its Metaverse Strategy, as it looks to become one of the top 10 leading metaverse hubs globally.

The strategy aims to attract more than 1,000 blockchain, crypto and metaverse companies to the city and support more than 40,000 virtual jobs by 2030 – with roles as diverse as digital architects, AR and VR engineers, 3D graphic designers, artists and architects, innovators, NFT experts, storytellers, and digital salespeople.

The emirate’s Crown Prince HH Sheikh Hamdan Bin Mohammed bin Rashid Al Maktoum said in a tweet that the strategy aims to foster innovation in new technology. “Dubai is home to 1,000 companies operating in the metaverse and blockchain sector, which contributes US$500m to our national economy.”

This strategy would further boost Dubai’s economy and support the UAE government’s vision of increasing the number of blockchain companies by five times the present number, a government statement read.

In March 20222, Dubai introduced its first virtual asset regulations, joining a list of regions such as Singapore, the US, the UK, and El Salvador, where regulations on cryptocurrencies have been rolled out.

Who will emerge the metaverse city champion? Watch this metaverse space…