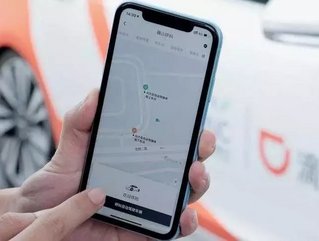 DiDi Chuxing, one of the foremost ride-hailing companies in Asia, has announced the completion of its latest funding round, raising over $500mn...

Led by Softbank Vision Fund 2, the money generated by investors will be used in the development of DiDi’s new autonomous/artificial intelligence (AI) subsidiary focusing on self-driving vehicles.

The company will be channelling the funds into research and development, testing, integrating itself deeper into the tech community and accelerating the uptake of autonomous driving services in China and further afield.

Preparing for the future

Although self-driving cars are a relatively new concept made feasible by the evolution of network data streaming capabilities (such as 5G), DiDi has, in fact, been exploring the idea since 2016.

In late 2019, the company decided to make the exploration of this aspect a separate entity. As a sign of the project’s potential, this latest funding round represents the largest single investment for AI driving services in China so far.

Already a pioneer in bringing digital convenience to its customers, DiDi is becoming part of China’s larger goal of rejuvenating its urban infrastructure with ‘smart’ capabilities - an Industry 4.0 concept involving the closer integration of digital technology with everyday life.

The company will create a holistic system: working with global auto industry partners to mass-produce its autonomous fleet, DiDi will also utilise its volumes of collected transport data to analyse, optimise and improve its service. So far, it has secured open-road testing licenses in Beijing, Shanghai, Suzhou and California.

A new direction for transport?

In a previous article, Business Chief explored DiDi’s innovative use of AI for ride-sharing in South America to combat the incidence of COVID-19 among its customers and employees:

DiDi’s solution utilises AI-based analytics software and photo recognition tech. Drivers will be asked to take regular pictures of themselves wearing a mask, proof that their vehicle has been sanitised and by submitting a body temperature reading.

Although the company’s longstanding interest in autonomous vehicles precludes the notion that COVID-19 has motivated its current development, it could certainly be argued that the pandemic’s effect has made the pursuit of driverless vehicles more appealing.

As the ‘new normal’ continues to cement itself across the world, it could be that DiDi is exploring AI transport at the most opportune moment, when the future of ride-hailing and transport is being decided.