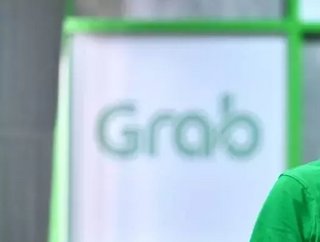 In the first of our C-Suite spotlight series for APAC, we feature Singapore-based co-founder and COO of Grab, Southeast Asia’s most valuable startup...

Who is Tan Hooi Ling?

Why is she in the spotlight?

Having grown from a single-market taxi-booking app in 2012 to a ‘super app’ today, Grab is South-East Asia’s first ‘Decacorn’ – a company valued at more than US$10 billion. In 2018, Grab bought out Uber’s South-East Asia operations for billions, which helped boost Grab’s market share in Indonesia, SE Asia’s largest market. However, the company didn’t rest on its ride-hailing service laurels and instead launched a range of app-based services including food delivery, digital payments, financial services, and telemedicine, becoming a ‘super app’. Verticals include GrabMart, GrabPay, GrabFood and GrabInsure, among others.

Despite needing to cut its workforce by 5% a year ago, Grab recently announced plans to hire 350 individuals to support its massive growth plans, including expansion of products and services to support the digitilisation of micro-SMEs, the delivery of digital financial services across Southeast Asia, and the development of the upcoming digibank which will be managed by a Grab-Singtel consortium. Grab’s total goup net revenues grew 70% yoy in 2020 compared to 2019.

What exactly does she do as COO?

As COO since 2015, Tan has been overseeing critical pillars of Grab's operations, focused on business strategy and growth, growing market share in the eight Southeast Asian countries and more than 500 cities, as well as analytics, customer experience and peopler operations. She has doubled down on Grab’s verticals too, and is particularly passionate about solving the financial inclusion gap in Southeast Asia, launching Grab Financial Group.

Also passionate about philanthropy, under her leadership, Grab has partnered with organisations such as LibertyShared in anti-human trafficking efforts by training their driver-partners to spot and report instances of human trafficking, and participated in the UNDP’s Regional Dialogue on Integrated Solutions for Gender Equality. In 2018, she co-chaired the World Economic Forum on Asean and she's a board member of the NUS Board of Trustees and was recently named to the board of the Economic Development Board (EDB).

So, how did she get there?

Inspired by her civil engineering father to study mechanical engineering at the University of Bath, UK, Tan began her career with pharma firm Eli Lilly in London as an equipment engineer, before heading back home to Malaysia to start one of two career stints with consulting firm McKinsey. The first, as a business analyst with McKinsey Malaysia for three years, and later while living in San Francisco, as an Associate for McKinsey North America, advising global corporations in North America, Latin America and Austrlalia on strategic and operational issues. It was during her time at McKinsey that Tan bagged her MBA from Harvard and met Grab’s co-founder, Anthony Tan, who was part of her class of 2011.

Prior to co-founding Grab, Tan held several senior positions at Salesforce in the US for a few years, as Director for Corporate Operations and Senior Director for Pricing Intelligence and Monetization, where she led and supported high priority strategic and operational projects for the firm’s executive team, from M&A strategy through to performance management.

And what does she do when she's not working?

She finds joy in picking up new skills and experiences. Some of her favourite activities include swing dancing, snowboarding, and playing the ukulele.

“We are building products that positively impact millions across Southeast Asia and we want to continue deepening our R&D capabilities and push the boundaries of innovation, right here at our strategic base. This is only possible with the support of Grabbers across different business functions who are continually learning and adapting to new technologies and customers’ requirements.”