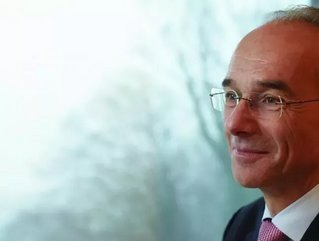 The UN predicts that in 30 years 70% of the global population will live in cities and that, by 2030, there will be 43 megacities (cities with more than 10 million people) around the world.  This shows a significant increase from 2000, where there were just 25 globally, seven in China and three in India.

Why? This rapid urbanisation reflects the socio-economic advantages that impel more and more people towards urban areas – more business opportunities for entrepreneurs, more jobs, a deeper talent pool, easier access to finance, better travel, energy and communications infrastructure, better access to leisure facilities, education and so on. The fact that megacities are wealthier and more productive is borne out by the numbers. Shenzhen’s GDP per capita for 2015 was US$25,369 compared to US$8,093 for China as a whole (GlobalData).

With the economic and social advantages of these uber metropolises come some challenges.  Already today cities use 65% of global energy and create 70% of greenhouse gases. So, imagine the environmental challenges megacities face: chaotic and polluting traffic, inefficiently managed energy supplies utilities: electricity, gas and water, etc. But megacities will also face social challenges such as overcrowded public transport, lack of parking spaces, outdated infrastructure, and old and unsafe buildings and rising crime as populations increase in close proximity.

However, megacities in Asia reflect the region’s hyper-connectivity. There were almost 8bn mobile subscriptions globally as of 2018, and almost 2bn were in North East Asia, 1.6 bn for China, 1.2bn in India and 1.3bn for Southeast Asia and Oceania by 2024.

While technology is not a panacea, it can be used to make cities smarter – and as megacities become the new paradigm for urbanisation, now is the time to build ‘smart thinking’ into city planning.

What urban systems can become smarter?

Traffic and transportation can be streamlined in the most efficient and safe way, as millions of people have to commute from A to B, which also means adding intelligence to the infrastructure. By wirelessly connecting a car to the vehicles and roadside infrastructure around it, such as traffic lights, V2X (vehicle-to-everything) technology is about to transform mobility as we know it. With increased awareness of every nearby vehicle, including those that lie out of sight, a car will be able to actively reduce the risk of accidents and improve traffic flow. For instance, traffic managers will be able to leverage data collected by connected Roadside Units (RSUs) to assess and manage traffic in real time to prevent congestion before it forms, reducing CO2 emissions and shortening commutes. Similarly, truck platooning uses direct vehicle‑to‑vehicle (V2V) communication to allow trucks to safely drive in compact convoys, saving fuel and precious space on the road. Autonomous driving will also depend on V2X communication in scenarios in which cameras and other vehicle sensors are unable to detect vehicles. Examples include when vehicles are too far away, out of sight, or when visibility is poor.

Street lighting solutions can help save energy as well as increase safety, if managed in a smarter way. By making streetlights “smart”, using sensors as well as wireless and positioning technologies, one can gain considerable savings in costs and environmental resources. For instance, by placing sensors in adaptive streetlights, one can transmit data about environmental conditions to control when lights turn on and off, and how brightly they shine. Or, on a foggy day, lights could come on earlier than originally programmed and, in more remote areas, they could brighten up from a dimmed power savings mode when traffic is approaching. Smart streetlights also provide a natural connectivity backbone for a range of smart city applications, for instance deployable surveillance for public events where surveillance cameras share data by using the gateway linking the smart lighting system to the cloud.

Energy supplies could be better managed to save costs and optimize load balance, for instance, by using smart meters. 1bn smart meters will be installed globally between 2019 and 2023, according to ABI research from 2018.

Waste management can be improved for better efficiency: the waste haulers will be informed wirelessly when the bins are full and must be emptied.  By equipping waste bins with wirelessly connected smart sensors, one can guarantee up-to-date data on a fleet of containers. Waste haulers are then able to monitor fill levels and thus optimise the routes of waste collection, eliminating unnecessary pick-ups. By more efficiently utilising trucks and containers, haulers can reduce cost through reduced fuel usage and less truck wear and tear, all while improving environmental friendliness through reduced traffic and fewer greenhouse gas emissions.

The growth in megacities in Asia clearly parallels the economic growth in the region, and the rising dominance of urban centres could perhaps give megacities as much, if not more power than countries. But with that growth, comes a responsibility for city authorities to ensure that smarter cities are the mould for the future if we are to see futuristic urban nirvanas rather than polluted dystopias.

Thomas Seiler is the CEO of u-blox, a firm primarily focused on the manufacture of components for high quality wireless communication systems