Trudeau finally meets Modi but have any significant trade deals been reached? 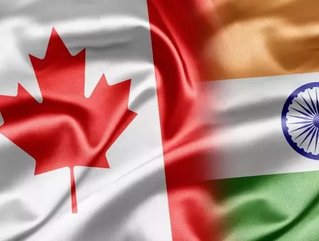 Canadian Prime Minister Justin Trudeau’s visit to India has been dubbed by media as a ‘slow-moving train wreck’. Mishap has followed snub over the seven-day visit, but eventually, on the fifth day, Trudeau finally met up with Indian Prime Minister Narendra Modi.

The pair conducted a joint press conference and announced agreements they have forged.

Trudeau and Modi met up at the Rashtrapati Bhavan, the presidential palace in Delhi.

At the side by side speech, Modi placed an emphasis on combatting extremism which the countries have in the past dealt with differently, saying “there should not be space for those who misuse religion for political motives and promote separatism. We will not tolerate those who challenge unity and integrity of our countries”.

Trudeau commented on India and Canada’s rich shared history and placed this in the context of trade by saying India was “a natural partner and a trusted friend for commercial cooperation”.

Modi was in agreement. “India has attached a high importance to pursuing its strategic partnership with Canada. Our ties are based in democracy, pluralism, the supremacy of law and mutual interaction.”

So far, less emphasis in the media has been on trade deals but on Tuesday Trudeau was able to announce $1bn worth of trade deals between the new nations which will involve $250mn being invested by some of India’s biggest companies in Canada, in areas like pharmaceuticals, as well as Canadian companies investing $750mn in India.

Trudeau has stated the deals will create over 5,800 jobs for Canadians. He said on Tuesday: “This was really a win-win day for us all and I’m excited for the opportunities in Canada-India friendship.”

This includes Toronto’s Brookfield Asset Management which will spend over $480mn buying an office complex in Mumbai.