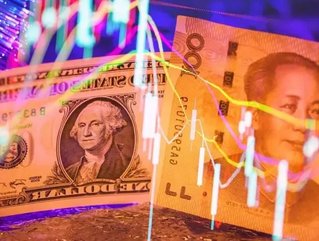 Here’s our compilation of the top 10 Chinese IPOs by proceeds, according to KPMG’s third quarter review from 2017.

Guangzhou Port is a shipping company centered in the Guangzhou District in China. According to KPMG, its proceeds for the third quarter of 2017 were of 1.6bn RMB, or $0.24bn. It offers port and harbour logistic services, including storage, loading, and warehousing. It was listed on the Shanghai Stock Exchange on March 29 2017, having been established in late 2010, according to Port of Nansha. Its reach extends to four ports across China: Inner Downtown, Huangpu, Xinsha, and Nansha. KPMG sets its Initial Public Offering (IPO) Price-Earning Ratio at 15.8.

Yealink Network Technology provides voice and video services as a solution to unified communication. According to its company website, it is the second-largest Session Initiation Protocol (SIP) phone provider in the world, and the largest in China. KPMG places its proceeds at 1.7bn RMB, or $0.26bn, and its IPO Price-Earnings Ratio at 15.8. Formed in 2001, it serves over 100 countries worldwide, according to its company website. It was listed on the Shenzhen Stock Exchange in 2017, with headquarters in Xiamen, China.

Zhejiang Jihua Group is in the dye industry. It primarily offers dyes, dye intermediates, paint, polyurethane, sulfuric acid, thermoelectric and industrial raw material, and involving additives used in the industrial, pharmaceutical, and financial industry. According to KPMG, it made proceeds in Q3 of 2017 of 1.7bn RMB, or $0.26bn, with an IPO Price-Earnings Ratio of 23. Based in Hangzhou, China, it employs 2,272 people, according to Bloomberg.

Electric Connector Technology, based in China, deals in the development, design, manufacturing, and sale of electrical components. Its main products are micro-radio frequency connectors, cable connector parts, and electronic and electromagnetic compatibility components. According to KPMG, its proceeds were of 2.0bn RMB, or $0.3bn, with an IPO Price-Earnings Ration of 23. Its products are used in the manufacturing of smartphone and smart house elements, as well as car-networking terminals. It was founded in 2006, and now has 4,784 employs and headquarters in Shenzhen, China, according to Bloomberg. In mid-2016, it placed 26th in the 29th Top 100 China Electronic Component Enterprises.

The Xin Feng Ming Group, founded in 2000, is a manufacturer of polyester and filament, as well as being involved in import-export business. KPMG places its proceeds at 2.1bn RMB, or 0.32bn USD. According to its company website, it is one of the biggest polyester manufacturers in China, with headquarters in Tongxiang, China, and has a daily capacity of 6,000 tonnes. According to Bloomberg, it employs 7,331 people, with products reaching South Korea, Vietnam, Pakistan, Turkey Egypt, Spain, and Italy, among other countries. It has 62 national patents, and has won the Provincial Prize for Progress in Science and Technology, according to its website.

Oppein Home Group is a Chinese corporation which designs, researches, develops, manufactures, sells, and installs customized homeware, including kitchen cabinets, bathroom vanities, wardrobes, and wooden doors. KPMG places its IPO Price-Earning Ratio at 23, with proceeds of 2.1bn RMB, or $0.32bn. According to HKTDC, begun in 1994, it is one of the top Chinese cabinet manufactures, selling over 200,000 kitchen cabinets, 150,000 wardrobes, and 100,000 bathroom cabinets every year. With headquarters in Guangzhou, China, it oversees 15,349 employees, according to Bloomberg, with products in over 118 countries, according to its company website.

Jiangsu Provincial Agricultural Reclamation and Development deals in agriculture, oriented around cultivating wheat and rice, producing seeds, and the processing of rice. Based in China, it mostly produces DaHua brand wheat seeds, and SuKen brand rice. According to KPMG, it earned 2.4bn RMB, or 0.36bn USD in proceeds, with an IPO Price-Earnings Ratio of 22.1. According to the Financial Times, it has 12,820 employees. Reuters reports it received a subsidy in 2017 of 117.6mn yuan, or $18.02mn, from the government. According to Bloomberg, it is based in Nanjing, China, and was founded in 1956.

Central China Securities offers financial services with regards to brokerage and investment, both in banking and in finding management solutions. According to KPMG, it earned 2.8bn RMB, or $0.43bn in proceeds, and had an IPO Price-Earnings Ratio of 11.2. Its headquarters are in Zhengzhou, China, and, having been founded in 2002, it now employs 2,542 people, according to 4-Traders. The corporation trades in stocks, funds, bonds, commodities, and future financial services, including advice, training and investment banking.

Zheshang Securities is a China-based financial services corporation. Its area of focus is in investment banking, asset management, and brokerage both for securities and for future business endeavours. According to KPMG, it had an IPO Price-Earnings Ratio of 23, having made 2.8bn RMB, or $0.43bn in proceeds. Founded in 2002, it is a subsidiary of Zhejiang Shangsan Expressway Co., Ltd. Its headquarters are in Hangzhou, China.

China Galaxy Securities is primarily a securities brokerage company. Its focus on financial security is divided into several segments: Securities Brokerage, Futures Brokerage, Propriety Trading and Other Securities Trading Services, Investment Banking, Asset Management, Private Equity Investment, and Overseas Business. KPMG placed its earnings at 4.1bn RMB, or $0.63bn, and its IPO Price-Earnings Ratio at 7. Founded in 2007, it now has 9,970 employees and headquarters in Beijing, China, according to Bloomberg. It places #868 on Forbes’ “The World’s Largest Public Company.” According to its company website, it has several subsidiaries including Galaxy Futures, Galaxy Capital and Galaxy International Holdings.