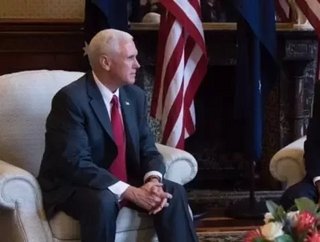 Without further ado, here they are:

1. The “dumb deal” will be honoured

In what has now become an infamous exchange, President Donald Trump reportedly cut his call with Malcom Turnbull short following a confrontation over deal to resettle 1,250 refugees from Australian detention camps in America.

This weekend, Pence must have had to backtrack over his boss’s words somewhat. The deal is going ahead as planned which must surely be a source of embarrassment for Trump and Pence, not to mention a credit to Turnbull’s negotiating skills. Mike Pence is a keen blogger, using his White House platform to reflect on the work he is doing, but this point seemed to escape his concluding entry for the visit.

Pence blogged, “Under President Trump, I’m very pleased to pledge that the United States will continue to work together with Australia to forge even greater opportunity and prosperity for both our nations and our people.”

While this may seem like a throwaway statement made by any given visiting statesman, there are a number of potential opportunities facing Australian businesses, including infrastructure, industrial and financing possibilities.

While Pence hasn’t publically said too much about this topic, the current tension surrounding the South China Sea surely must have been on the table for discussion. Pence did say, “As the Prime Minister and I discussed, together, our nations will continue to uphold a rules-based system that is the foundation of peace and prosperity in the Asia Pacific.” Which perhaps hints at wider talks over China and possibly even North Korea.