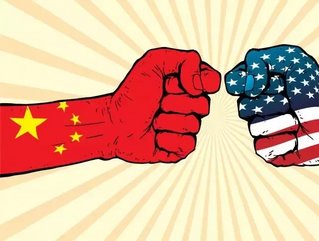 The reasons for the Sino-US trade war are neither simply the immense US trade deficit with China, nor an attempt by the world's leading power to strangle the second. In fact, the reason is that the current Western and Chinese mainstream market economy systems are not compatible with each other.

In this Sino-US trade conflict, the United States is focused on compelling the Chinese government to act in accordance with internationally accepted market economy rules. These include prohibiting compulsory technology transfer as a condition for market access, strengthening intellectual property protection, reducing subsidies to state-owned enterprises, and further opening up service markets in key areas such as financial services, healthcare and entertainment, etc.

In December 2018, a grand celebration of the 40th anniversary of reform and opening up was held in Beijing under the personal patronage of Xi Jinping, the general secretary of the Communist Party of China. Obviously, everyone in China, from political leaders to the media and the ordinary population, believes that China’s development and current international status is the result of reform and open markets. But what does reform and opening actually mean? The reason for the reform was to introduce market economy mechanisms to revitalize business and the entire national economy. The reason for the openness was to introduce China to external economic factors: foreign investment and competition, the international division of labor and compliance with international trade rules.

China has adopted a strategy of gradually introducing market economic mechanisms. In 1978 China opened up four special economic zones (SEZ) in southern China near Hong Kong, and three of them, including Shenzhen, were in Guangdong Province, where Xi Jinping’s father, Xi Zhongxun, was the provincial party secretary. The SEZ were special because they represented an attempt to introduce market economy mechanisms within China’s planned economy model at that time. Deng Xiaoping's memorable "Southern Tour Speech" in 1992 has become a crucial moment in the history of reform in China, because at this time when China was hesitating between a return to the planned economy and the continued development of the market economy, Deng Xiaoping chose the latter. Then, “two sessions” (NPC and CPPCC) of 1993 constitutionally introduced the “social market economy” and terminated the planned economic system, giving a clear constitutional basis for the socialist market economy in China. The Chinese Constitution did not set up a market economy in the traditional Western sense, but a socialist market economy. Between 1954 and 1956, private business in China underwent a painful “public-private joint management” transformation, that is, they changed from individual to state ownership. Yet on March 14, 1993, 23 private entrepreneurs including Liu Yonghao, Zhang Hongwei, Wang Xianglin and Li Jing, entered the Great Hall of the People as members of the CPPCC. Although they accounted for only 1% of the 2,093 members, private business had clearly re-entered the political arena after nearly 40 years to take part in the discussion and management of state affairs. This recognition of the political status of private entrepreneurs was an important sign that China is further moving towards a market economy. Then, after 15 years of hard work, China officially joined the World Trade Organization in November 2001. In a famous classical Chinese novel, "Journey to the West", a wayward monkey who protects the Tang Monk to obtain the scriptures from the Western heaven was put under a tightening-crown spell due to his disobedience. If the monkey is forcibly put under a tight spell, then China's accession to the WTO is its own initiative to accept the constraints of international trade rules.

However, while socialism and the planned economy are a natural match, socialism and the market economy will inevitably conflict. American scholar John King Fairbank showed in his book "The United-States and China" that Chinese businessmen prefer to obtain the privilege to catch rats, rather than to make the tools to catch rats. Indeed, under the socialist market economy system, all levels of government officials have infinite rights to allocate economic and social resources, encouraging merchants to adopt this unique way of thinking. M.Wu Jinglian, a famous contemporary Chinese economist, who described China's current economic system as semi-ruling and semi-market, stated in an interview in 2013 that these two elements are uncoordinated in the reform process. According to M.Wu, Ugly phenomena in today’s society arise from the fact that economic reforms are not complete, political reforms are lagging behind, and the power of the administration subdue and intervene in legitimate economic activities has intensified, resulting in widespread rent-seeking.

Of course, the characteristics of the socialist market economy are also reflected in China’s foreign economic strategy, for example, the Belt and Road Initiative is fully supported by the Chinese government, Made in China 2025 is an important part of the Chinese Dream and in the face of American questions about market economics, China is used to giving the political economics type answers.

Sino-US trade frictions stem from their respective features and their understanding of the market economy. China will not give up the socialist element of its market economy, and the major western economies will continue to demand that China accepts international market economy standards. As long as the two economical and discourse systems are incompatible, the conflict will continue.