Temasek to crack down on corruption in its portfolio 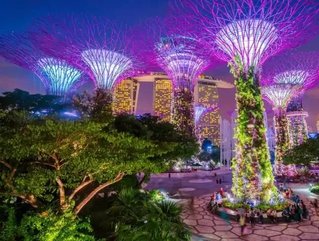 Temasek has warned companies is has stakes in not to cross the “bright red line”, and to ensure they are managing their business ethically.

This follows a bribery scandal at Keppel Corporation, one of the many companies in Temasek’s vast portfolio.

Temasek Holdings is a Singaporean state-owned holding company which currently boasts around $208bn in assets. Its portfolio of investments includes a diverse range of companies such as Singtel, Singapore Airlines, Alibaba Group, CCBC, DBS and Standard Chartered.

Keppel Corporation, of which Temasek owns 20%, has been in the media recently since its Offshore and Marine unit has to pay more than $422mn to resolve charges that it bribed Brazilian officials.

The scandal was not directly mentioned in a speech Temasek Chairman Lim Boon Heng published on Monday, but it was clearly the prompt. “What happened recently was a shock,” stated Lim, “not just to the company concerned, but it really dents the reputation of Singapore and all the other Temasek companies”.

He added: “In markets where practices are questionable and compromising integrity is required to win businesses or contracts, we have to be very clear – there is a bright red line our companies should not cross.”

It was also announced that Temasek intends to have a roundtable discussion in the best few months which will include senior management of its major portfolio companies, and will focus on questions of governance and ethics.

Lim said the roundtable will allow Temasek and its stakeholders to “align ourselves and set expectations on how we should operate and conduct business, ethically and with proper guidance”.