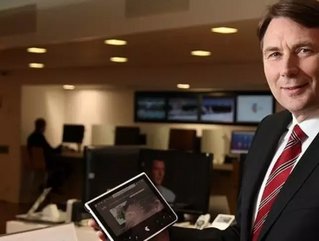 Thodey has been at the helm of Telstra for six years and had done a lot of good for the company. He took over as CEO in a relatively controversial era of leadership at Telstra, and has been credited with shifting a great focus on customer service. Previously the company was dogged with customer complaints. During his time, Telstra doubled its value from below $40 million to more than $80 million.

“David has been an outstanding chief executive for our customers, shareholders and employees. His passion for customer service and instigating true cultural change has had an enormously positive effect on our company, which has been reflected in our financial performance in recent years,” Telstra chair Catherine Livingstone said in a statement.

Thodey’s replacement, Andrew Penn, has over 30 years of experience in management, finance and strategy positions, and is the company’s current CFO.

“Telstra plays a critical role to provide leading technology solutions and service to our customers in the consumer, business and broader social environment,” said Penn. “The Telstra board and leadership team has developed compelling plans to 2020 and beyond, which will expand our capability as an increasingly global connectivity company and position us for future growth.”

Thodey will formally step down May 1, but will remain with Telstra until the end of the financial year.