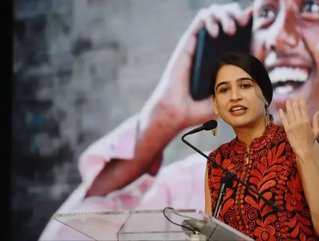 “There is something magical about the convergence with people halfway around the world. The issues you are dealing with in South Africa are so similar to the ones we are going through in India.”

So says Priya Naik, founder and CEO of Samhita Social Ventures in India, addressing delegates at the Trialogue Business in Society Conference in Johannesburg on 9th May. Ms Naik, whose company name ‘Samhita’ means ‘collective good’, was updating South African delegates on corporate social responsibility (CSR) developments in India, where the government introduced a CSR law in 2013.

India has the sixth-largest economy in the world, the largest youth workforce globally and one third of the world’s poorest people. The 2013 law was introduced to encourage some 16,000 companies to engage with government and civil society “to leverage their core strengths to improve how India functions”.

Indian companies over a certain size now have to spend 2% of profit after tax on CSR. Their boards also have to discuss CSR four times annually. “The regulation has brought humanity into the boardroom.”

By 2016, almost 19,000 companies contributed over $2bn to CSR, with the top 10 accounting for a third of spend. Key sectors included education, healthcare and rural development.

“The bulk of Indian expenditure, however, went into infrastructure such as building school toilets. This was a response to government calls for action – education and sanitation – without considering the larger picture such as water and waste disposal,” said Naik.

Samhita has played a key role in bringing corporates, government and related organisations. “Indian CSR has transitioned from crazy cheque writing, to much larger, strategic thinking,” she explained.

“The CSR ecosystem in India is chaotic, preventing stakeholders from accessing information, partners and resources.”

For example, most companies allocate funds to sanitation, but are not spending all their budgets as they are unsure who to give funding to. An already complex situation is exacerbated by India’s caste system and the diverse stakeholders involved.

Ms Naik said this tech platform enabled them to disseminate knowledge and report to multiple stakeholders. “The role of technology is critical. If we lose sight of how technology is going to disrupt matters over the next few years, we will be in a lot of trouble.

“We have learnt a lot here (in South Africa) and are looking forward to working together.”