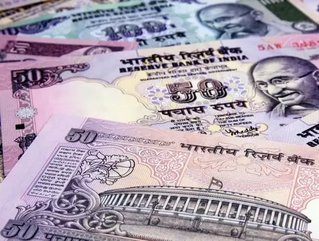 The State Bank of India, recently named one of the country’s best places to work, has appointed a new chairman: Rajnish Kumar.

59-year-old Kumar joined the SBI Board in May 2015 and before his appointment as chairman was Managing Director of Compliance and Risk, and Managing Director and CEO of SBI Capital markets Limited, SBI’s Merchant and Banking Arm.

Overall, he boasts 47 years of experience, having joined the bank in 1980, and has worked across retail banking, large and mid-corporate banking, project finance and merchant banking.

His other roles have included Chief General Manager for the Project Finance and Leasing Strategic Business Unit.

Kumar replaces former chairperson Arundhati Bhattacharya, who was appointed in 2013 and was the first woman chairperson of the bank.

Kumar’s term will be held for the standard three years, starting on 7th October – however Bhattacharya held the role for four years as the bank was in the process of absorbing five associated banks and she was granted an extra year to see this through.

Bhattacharya also saw the bank through the demonetisation process in India and its resulting cash crunch.

Problems SBI and its new chairman will face include the huge amount of non-performing assets (NPA) of the bank. SBI’s profitability is currently being damaged by poor credit growth and bad loans, which account for almost 10% of the bank’s total advances.

At the end of June, the bank had gross non-performing loans of $28.9bn. SBI is also the lead bank in the majority of cases currently referred to for bankruptcy proceedings at India’s National Company Law Tribunal.

According to Kumar: “Asset quality is a challenger, so that will definitely receive my priority… We are undergoing a major transformation in terms of adoption of new technology and digitisation.”