Spanx Founder is Worth a Billion 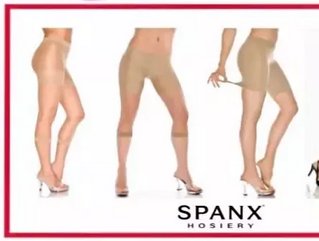 The self-made billionaire (note: she didn’t inherit or marry into her fortune) joins the ranks of men with unthinkable levels of wealth – Warren Buffett, Bill Gates, Larry Ellison – with Spanx, her innovative slimming undergarments that have attracted female (and ogling male) attention worldwide.

Ms Blakely, now 41, was in her late twenties when she became frustrated with the lack of flattering, trendy pantyhose. Using $5,000 of her own money, she set out to fill a void in the niche ‘shapewear’ sector, marketing the products on herself underneath a pair of cream-coloured slacks.

"I had no money to advertise, so I was the promotion," said Ms Blakely, as reported by News.com.au.

In 2000, Oprah Winfrey featured Spanx on her list of “Favourite Things” and the line was picked up by major US department stores. (Fun fact: When Oprah swore off panties and devoted herself solely to Spanx, more than 20,000 pairs were sold in one day.)

"We deliver. We can make the world a better place, one butt at a time,” she told the LA Times.