Sorry, Selfie Sticks: People Will Have to Take Their Own Photos at Museums 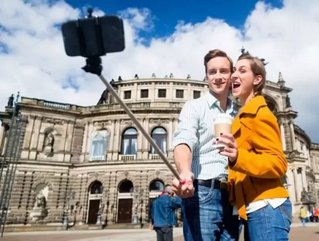 However, this isn’t always a good thing. As selfie sticks find their ways into hands of more and more tourists, major sites around the world have been flooded with duelling photographers aiming to get the perfect shot. And now, they’ve found their way into Australian restaurants, bars and even workplaces and school.

But logic has won out, at least among the highest of cultural organisations: the art museum. Australian art galleries—following in the footsteps of US and UK art institutions—have banned the contraption, for the safety of not only the art, but of people in general.

The Australian Open, as well as European foot games, the Metropolitan Museum of Art in New York and the Guggenheim have taken similar measures as well.

“From now on, you will be asked quietly to put it away,” Sree Sreenivasan, chief digital officer at the Met, told the New York Times. “It’s one thing to take a picture at arm’s length, but when it is three times arm’s length, you are invading someone else’s personal space.”