Singapore to limit number of cars on the roads in 2018 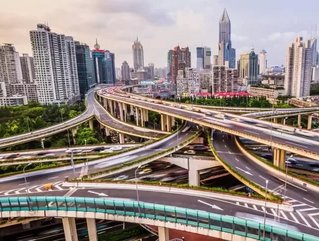 Singapore is to cap the number of cars allowed on its roads from February 2018.

The Land Transport Authority have said that due to scarcity of land and thanks to recent public transport upgrades, the current limit of 0.25% increase in the number of cars allowed on Singapore’s roads will decrease to zero.

The current 0.25% limit has existed since 2015, applying to private cars and motorcycles. It is necessary to hold a Certificate of Entitlement (COE) to own and use a vehicle for a limited number of years and people must bid and pay for COEs.

China to ban sale of petrol and diesel cars

Toyota to focus on electric cars

As a result, car ownership rates are lower in Singapore compared with countries of similar wealth, at around 11% car ownership.

At present there are around 1mn vehicles on the roads in Singapore. The number of COEs available is expected to remain the same, as many of these are reissued anyway as old cars fall out of use –  so new ones are not often given out at present.

The LTA has said that since roads currently take up 12% of Singapore’s landmass, expanding roads is not an option at this point.

Instead, the government has been expanding public transport. Over the past six years, 41 new train stations have been constructed: this is a 30% increase of the country’s rail network. $14.9bn has been invested in rail networks, with $4bn upgrading infrastructure and $4bn on bus contracts.

The move has made it necessary for car sellers to change their business models – moving into areas such as after-sales services and offering rental vehicles are two options being considered by some.