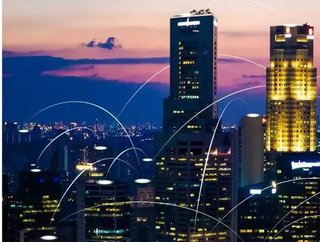 The governments of Singapore and Seoul clinch top spots in in the Top 50 Smart City Government rankings, while seven Chinese cities also feature...

When it comes to city governments driving smart city development, Singapore and Seoul have emerged top in the rankings. That’s according to the Top 50 Smart City Government rankings released by Eden Strategy Institute.

The Top 50 Smart City Government ranking (from 230 cities evaluated) focuses on the role of city governments in driving smart city development. The study aims to shed light on the importance of strategy, leadership, people-centricity, policies, ecosystem, incentives, and talent in determining the success and effectiveness of technologies deployed in smart cities, moving beyond evaluating the efficacy and outcomes of technological solutions applied by cities.

"Top smart city governments in the 2020/2021 rankings were able to collaborate and partner with public and private sector stakeholders; use digital solutions and data to deliver services and make decisions; all while considering implications on inclusion and citizen trust", says Calvin Chu Yee Ming, Managing Partner at Eden Strategy Institute.

One of the most distinct elements of Chinese governments' smart city strategies is the large focus on talent development, with city governments expending significant efforts to attract and retain top talent within their cities to drive smart city innovation and to increase technological competitiveness.

Singapore emerged top in the rankings alongside Seoul, London, Barcelona, and Helsinki; cities which were not only advanced in terms of technologies adopted throughout the city, but in their government's efforts to bring the city population along their digitalisation journey. Globally, eighteen new cities were welcomed into the Top 50 list, including cities such as Tallinn, Oslo, and Moscow.