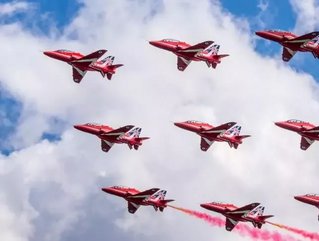 ATR (Aerei da Transporto Regionale or Avions de transport regional), a Franco-Italian aircraft manufacturer based on Toulouse as a partnership between Airbus and Leonardo, has said that overall orders for the company’s turboprop aircraft were almost 50% from the Asia Pacific region.

However, the company has not yet managed to include China on its order list, though it is making strides to do so. Chinese authorities have accepted ATR’s application to certify its latest aircraft model.

At the Singapore Airshow, CEO Christian Scherer told CNBC: “The order pipeline is about 50% out of the Asia Pacific region… once we’re certified – we already have the first indications of interest from customers in China – then we expect larger quantities of orders.”

The company has predicted sales of over 1000 planes to Asia over the next 20 years.

More from the Singapore Airshow

Also at this week’s Singapore Airshow – the largest aerospace and defence event in Asia – there was a notable US presence as the country attempts to increase its arms exports. CNBC reported that US representatives took up 30% of total indoor exhibition space at the show.

In addition, Honda Aircraft announced its largest single order to date of 16 Honda jets for European air taxi company Wijet, in a deal worth around $80mn for the five-seater crafts.

Malaysia Airports also made several agreements, signing Memoranda of Understanding with major aerospace and industry companies as part of the Subang Regeneration initiative.

The show runs from 6th-11th February.