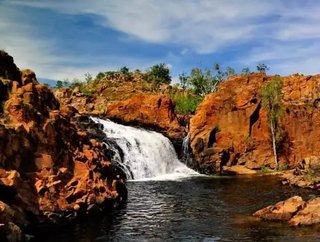 In an attempt to grant it more power over its own economical and political affairs, the Northern Territory has received support from Australian leaders to become the nation’s seventh state by July 1 2018.

So what are the positives and negatives that could come from this?

The NT, as well as the Australian Capital Territory, have only a limited right of self-government, while the seven other territories—including the Australian Antarctic Territory and Christmas Island—are governed by only federal laws. Statehood would give residents of the territory equal political rights in a number of significant areas.

At presently constructed, residents of the Territory are awarded only half a vote in national referendums, and are included only in the national count and not in the second count within the states.

Recently, chief minister Adam Giles said the NT will be a “second class citizen with second class status” until it gains full statehood.

A change would also appoint more NT politicians in Canberra’s House of Representatives and Senate. The large, yet sparsely populated territory is currently represented by only two members of parliament and two senators, while the federal constitution guarantees 12 senators for the original states.

There are a couple considerable hurdles to overcome to make it happen, starting with the slim chance the Commonwealth would give the Territory control of the Aboriginal Land Rights Act.

“There’s been nothing thus far that has given any comfort to Aboriginal people in the NT that the Northern Territory is a state that can do the right thing for Aboriginal Territorians,” said Northern Land Council CEO Joe Morrison.

Another obstacle is the majority of Aussie states would most likely vote against NT becoming a state by referendum. If the NT accomplishes the goal by Commonwealth legislation, the territory essentially won’t have much more independence than it currently does.

The Northern Territory voted against statehood in 1998, and even though the proposition has been brought up again a couple times, there haven’t been any new referendums since for the large area of about 244,000 citizens.

So I ask you my fellow Aussies: Is this a good idea to make NT the seventh state—or nah?