Should business leaders get involved in social and political issues? 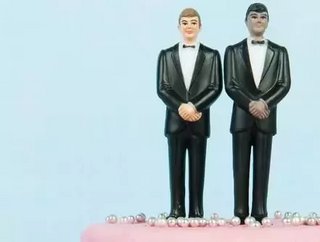 The figureheads of change have shifted dramatically in the last 100 years. In the past, great thinkers, academics and philosophers conceived of notions of moral good, equality, access to improved living conditions and safety at work. As representatives of the people, politicians would enact this change. If they didn’t, the people’s representative bodies would apply pressure (think worker’s unions and the 38-hour work week, pay disputes or health & safety advocacy). Fast forward to the present day and those traditional roles have considerably changed.

Business leaders to the fore

Traditionally business owners have been seen as initiators of internal change within companies, delivering commercial services to customers or shareholders and taking responsibilities for social issues like gender equality within their own organisations. External causes were limited to the confines of their corporate social responsibility programs.

However, with a new surge in connectedness, and increased political and social dialogue driven by social media, business leaders of today act as catalysts for change outside their organisations. Leaders of progressive organisations are vocal about criticising perceived civil and human rights violations, encouraging social change, and acting on moral choices that would have gone unnoticed in a less connected world.

Business leaders are also quickly realising that the best way to drive social change is by collaborating with other organisations that carry a similar philosophy towards achieving an inclusive society – one that boasts of equality, access to justice and transparency. Hence it’s no surprise that Australian leaders from 30 of the nation’s biggest brands such as Telstra, Qantas, Holden, CommBank, Westpac and ANZ emerged as a force for social change when they championed same-sex marriage. The power of this partnership, collaboration and fierce campaigning crushed the notion of the traditional CEO and created a modern version – one in which the CEO is focused on purpose, not just profit.

Leaders of large organisations can now enact just as much social change as a political movement, and often in a much shorter time frame, due to their extensive resources and network. Microsoft and Bill Gates are household names. The only factor that is as well-known as the service his company provides, is Gates’ ongoing philanthropy. To date, the “Bill & Melinda Gates Foundation” has contributed an estimated US$30 billion to areas such as Global Health, Development and Education. Influential business leaders such as Bill Gates have found ways to combine profits and purpose by focusing on causes that would benefit the greater good such as climate change, social justice, human rights issues and more.

Be the change you want to see

The role of business leaders has changed. On one hand, the pressure to deliver customer and shareholder value is as strong as ever, but there is now the expectation of a strong social position as well. The CEO is now the central representative of the company’s values and the causes they choose to speak on determine the way that company is perceived in the public sphere. It speaks to values that consumers, partners and employees consider when deciding to align themselves with a particular brand.

Whether or not a CEO should demonstrate a social voice on potentially political matters is a tricky matter, but the end result is that social and commercial domains are becoming increasingly merged. Prominent members of the business community can exert real influence on political and social outcomes; and within that paradigm, pushing a social agenda that is in line with the customer’s values quickly becomes less of a novelty and more of a central requirement for brand trust.

Simon Wilkins is the General Manager from LexisNexis Australia