Should Aussie government go all in on the Inland Rail project? 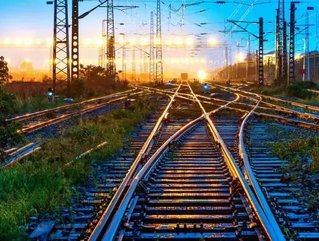 With momentum growing around Australia’s highly anticipated Melbourne to Brisbane Inland Rail development, Aussie transport companies are calling out the government to increase the project’s funding.

Scheduled to run 1,730km between Melbourne and Brisbane through central-west New South Wales and the nation’s infrastructure capital of Toowoomba, the project is believed to serve the country for the next 150 years and change freight transport on Australia’s east coast.

The concept for Inland Rail initially came about in 2006, after the first report detailing a possible route was completed. Two years later, the Australian government provided $12 million toward a thorough Inland Rail Alignment Study, which estimated the project's cost at $4.7 billion and set a completion date for 2026.

Calls to continuing the project increased once the Australian railway network received little financial support in this year’s Federal Budget, as the majority of funds went toward road infrastructure. However, what separates Inland Rail from similar projects is the price of freight carried is expected to be half of what is transported by road.

Presently, only about 30 per cent of freight along the corridor travels by rail.

According to a report by Meeting the 2050 Freight Challenge, freight volumes on the east coast are anticipated to double by 2030 and triple by 2050. In addition, the previous Inland Rail Alignment study predicts the amount of land freight between Melbourne and Brisbane will exceed seven million tonnes per annum (mtpa) by 2020 and over 12mtpa by 2040.

RELATED TOPIC: This Is Why You Should Buy One of the Sydney Monorail Cars

In all, Inland Rail is believed to save nearly 33 per cent in costs compared to the price of moving the same amount of freight by alternative rail routes. It will help transport Australia’s growing freight and take pressure off national highways by reducing road congestion and ease the environmental impact.

And of course, the project will create more jobs and boost business for regional suppliers during the 10 years of construction.

But even though the government continues to assure its intentions of supporting the project, there are obstacles in the way. While Implementation Group chairman John Anderson said there are enough funds to continue the pre-construction work, he also acknowledged that there is other additional work needed and the project is bigger than initially expected.

Also, in addition to a change in the Queensland government has slowed progress for the project, there being no promise for future funding from the budget after the $300 million given this year for preliminary work.

Now the question is will the government step up to the plate?