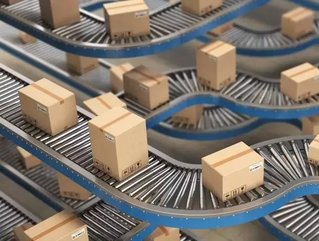 Shopify has spent CA$450mn from its $1bn initiative to increase automation in its fulfilment centres to increase efficiency.

Shopify has taken over 6 River Systems in a CA$450mn (US$341.2mn) acquisition. The deal comes as part of Shopify’s initiative to invest CA$1bn (US$757.72) in a network of fulfilment centres across the US. In a bid to upgrade the company’s supply chain through automation technology, Shopify made the decision to improve its service to its consumers following the purchase on Monday (9 September).

The purchase of 6 River by the Ottawa based company was announced on 9 September and approved by 6 River investors. The deal consists of a 60% cash payment and a 40% voting share in Shopify’s stock. Currently one of the highest performing stocks across Canada, the value climbed 1400% since the company went public in 2015.

In June, Shopify announced its plans to build its fulfilment network to support merchants making use of its e-commerce platform.

6 River Systems includes robotics experts who previously worked for Kiva Systems, the startup that became Amazon Robotics. With 20 facilities across Canada, Europe and the US and companies already making use of its service, 6 River Systems intends to continue selling its service to companies outside of the Shopify brand.

“Shopify is taking on fulfilment the same way we’ve approached other commerce challenges, by bringing together the best technology to help everyone compete,” said Tobi Lütke, CEO of Shopify, in a statement. “With 6 River Systems, we will bring technology and operational efficiencies to companies of all sizes around the world.”

Shopify is expected to increase its expenses by CA$25mn (US$19mn) after the deal closes in Q4 2019 but should have no material impact on the revenue for the year. The expenses would include CA$10mn in operating in expenses, $8mn in amortisation of intangible assets and CA$7mn in stock-based compensation.