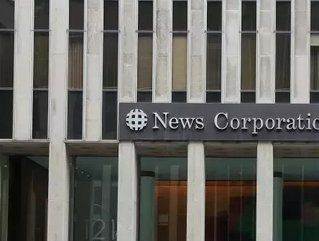 In a recent announcement released by News Corp, Rupert Murdoch has named Lachlan, his eldest son, the non-executive chairman at News Corp and 21st Century Fox. The move puts him leadership positions that will groom him for eventual succession of the media and publishing empire founded by Australian-born Rupert. Lachlan, who started working for the company twenty years ago, but quit in 2005, will work alongside father Rupert for now. Son James was also promoted to co-chief operating officer of 21st Century Fox. He is already on the board at News Corp.

The news is not a big surprise as the 6-decade old company has been in the Murdoch’s family since Rupert inherited regional publishing assets from his father and began work in Australia. The common held belief is Rupert will manage the news side of the companies, and allow his sons to work within the entertainment branches.

"This is the penultimate step for Rupert," said Ken Doctor, media analyst with the research firm Outsell. "In his inimitable style, he's set up what may be one last fraternal struggle for succession. Both boys can prove themselves anew, and the new split companies allow Rupert to test their mettle in new ways."

The split of the companies – from just News Corp to News Corp and 21st Century Fox – was brought on by the hacking scandal plaguing the company since 2011. Many find it strange that James Murdoch was promoted, given the ongoing trials in Britain concerning the hacking attempts by now defunct News of the World paper.

Lachlan’s and James’s promotions signal a focus more on the business, rather than political agendas so often encouraged by father Rupert. News Corp publishes the Wall Street Journal and New York Post in the US, The Times, The Sunday Times and the Sun in Britain, and the Australia.