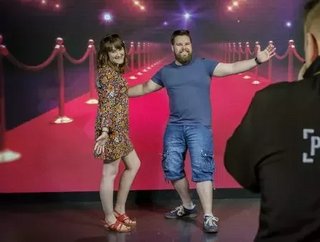 Experiences are an increasingly valuable commodity, as across Asia wealthier middle classes begin to emerge, spending disposable income on leisure. Theme parks, one-off events, attractions and amusements are growing worldwide, and the Asian continent is no exception.

Nowadays, the excitement of an event lasts long after it is over, as photos and videos capture moments and enable visitors to share them far and wide on social media, and Picsolve is the company bringing more power to the moment. The UK-based content capture provider has a presence across Europe, the US, the Middle East and Asia – with the latter, as CEO David Hockley explains, forming a vital part of Picsolve’s ambitious growth strategy.

Hockley joined Picsolve as CFO in 2016, before being officially named CEO in February of this year. He boasts a lengthy career in the entertainment industry, including roles at the Financial Times and CFO of Channel 5. “I worked for the Financial Times in Hong Kong,” he recalls. “I was there in 1995-1997 when we started printing the Asia edition locally – perhaps that’s where my love of Asia comes from.” Hockley was brought in as CFO at Picsolve to financially manage the organisation’s national growth, but since becoming CEO he has laid out an ambitious strategy for further expansion.

This strategy will be three-fold: to develop the company’s technology offering; to expand Picsolve’s international reach, particularly in Asia; and to diversify the sectors the company operates in – while the current focus is on theme parks, observation towers and attractions, the goal is to move into the likes of cruise ships, ski resorts and sports stadia. It’s clear there are many untapped sectors in which Picsolve can thrive.

The ongoing march of social media – and particularly photo-sharing platforms like Instagram – has shown that the kind of moment capture Picsolve has to offer is in hot demand. “We all know the selfie is fairly omnipresent,” says Hockley, “but some of the products and experiences we’ve developed go way beyond that – there’s a huge opportunity there, not just for the young demographic but for everyone.”

The company has recently set up an office in Hong Kong – to add to its bases in the UK, US and UAE – with local employees benefiting from experienced international staff. “We’ve got a permanent establishment of employees, including experienced people who have worked within Picsolve and the entertainment industry for a long time to help with retail operations and technology engineering.

“It’s vital to be able to demonstrate to our partners that we have the infrastructure, are investing in the region and are growing our understanding of how the region operates,” he adds. Partnerships, of course, are key when entering new markets, especially in China where Picsolve looks to build relationships as well as growing organically.

In October, the company made a deal with visitor attraction operator Merlin Entertainments to become its sole content capture supplier in China, meaning Merlin’s attractions will utilise Picsolve’s green screen and grey screen technology as well as its patented Experience Wall. “We’re working with Merlin at the Shanghai Dungeon, Peppa Pig World in Shanghai and Beijing, LEGOLAND Discovery Centre Beijing and Little Big City Beijing. A number of these will be fully staffed by Picsolve people,” says Hockley.

The company is also strongly established in Hong Kong as well as entertainment capital Macau, and is keenly eyeing Southeast Asia. “We have some presence in Thailand and some operations in Singapore. There are a few locations I want to expand into as there’s a large tourist market in Southeast Asia. That’s where we’ll probably look to work with partners as we don’t have a lot of local infrastructure.

“Japan is a market we’re looking at how best to serve as we grow,” he continues. “We’ve got a couple of sites with Merlin in Japan but we’re also identifying other potential partners.” At present, around 12% of Picsolve’s revenue comes from Asia and the Middle East – Hockley says within three years, the goal is to increase this to one-third.

With some economies emerging as famously mobile-centric, technology is something Asian consumers take very seriously and as such, consumers in Picsolve’s markets like China and Thailand have high expectations. “With Madame Tussauds in Shanghai and Bangkok, we will deploy our Experience Walls which we already have in London – they can display multiple forms of content, in front of which you have your camera. It’s a very innovative and popular product.” Indeed, Picsolve acquired the maker of the Experience Wall, Freeze Frame, in September 2017 as part of its technology growth strategy. Further, a deal with Studio City in Macau will see Picsolve deploying its Super Selfie offering, which comes from another strategic partnership with Panora.me.

As the business diversifies, a particularly lucrative technology development for certain amusements will be zip wires, a product which involves a camera set up at the end of a zip wire to create slow motion footage of a descent. “Some customers in Asia are looking to deploy this,” says Hockley. “We’re hoping it will capture the enjoyment and entertainment when you go head first down a zipline.” This is certainly something consumers can’t do with their own smartphone.

Another technology focus revolves around payment options. Picsolve works to offer customers the option to pay before, during or after an experience, based on how a particular partner operates – after all, Picsolve does not sell itself as a brand, but a tool allowing its partners’ brands to develop and integrate within their systems and interfaces.

“In China, WeChat is omnipresent – I suspect that over 90% of financial transactions go through WeChat and utilising that as a payment mechanism is absolutely imperative. 94% of Chinese WeChat users have the app open every day – this is something we just don’t see in Europe. It opens up an opportunity for us: if we integrate both with our partners and utilise the WeChat payment mechanism, it provides a much more consistent way of interacting with Chinese customers,” Hockley explains.

By recognising which prevalent technologies offer the best opportunities, Picsolve can offer a tailored service to the brands and consumers around the world. Through key partnerships, Picsolve will continue to foster growth and ensure it expands its footprint within the fast-growing Asian market. “By 2021, more money – and probably more visitors – will be going into theme parks in China than is currently the case in America,” Hockley predicts. “That’s obviously a period of growth we’ve got to tap into.”