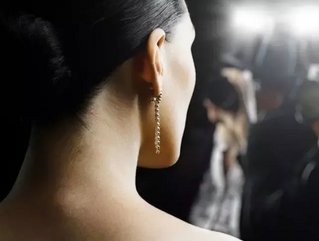 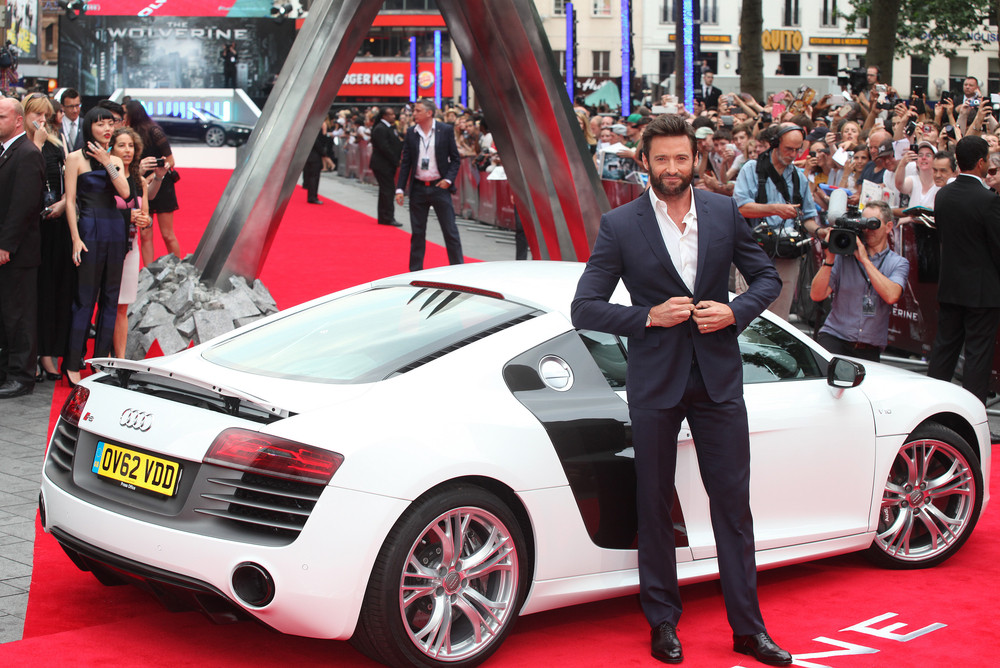 Hugh Jackman, most recognizable for his role as Marvel antihero Wolverine, tops our list with over $46 million in earnings from 2013. A native of Sydney, Jackman’s been touring the globe recently with hits like Les Miserables – for which he earned his first Academy Award nomination and won the Golden Globe.

This summer’s blockbuster X-Men: Days of Future Past did very well in theatres and was ranked fairly high among viewers. Although summer blockbusters are his forte, they aren’t the only one. Jackman is a triple threat, with successes in film, musical theatre and television.

Currently Jackman is filming the role of Blackbeard for the movie Pan in the UK. Upcoming commitments of the actor include X-Men: Apocalypse, The Greatest Showman on Earth and an as-of-yet untitled Wolverine sequel. 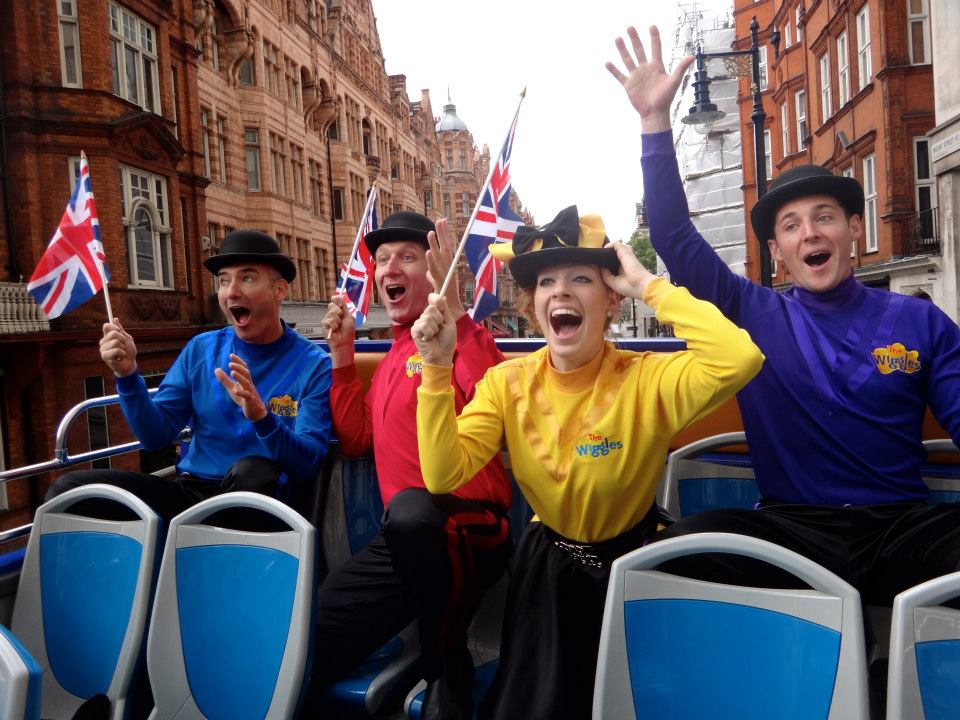 As what might be a surprise to some, The Wiggles, the children’s music group formed in Sydney in the early 90s, ranks very high on this list. Current members Emma Watkins, Simon Pryce and Lachlan Gillespie have replaced original members Phillip Wilcher, Murray Cook, Greg Page and Jeff Fatt, but the tone and presentation of the group is much of the same. Original member Anthony Field has also stayed on to join current members.

The Australian band entertains young children all over the world with their children’s albums, videos, television series and concert appearances. The group even has sections in amusement parks in Australia and the United States. They’ve sold over 17 million DVDs and four million CDs; those mediums have earned them 17 gold, 12 platinum, three double platinum and ten multi-platinum awards in sales. The Wiggles come in with $18.2 million in earnings in 2013. 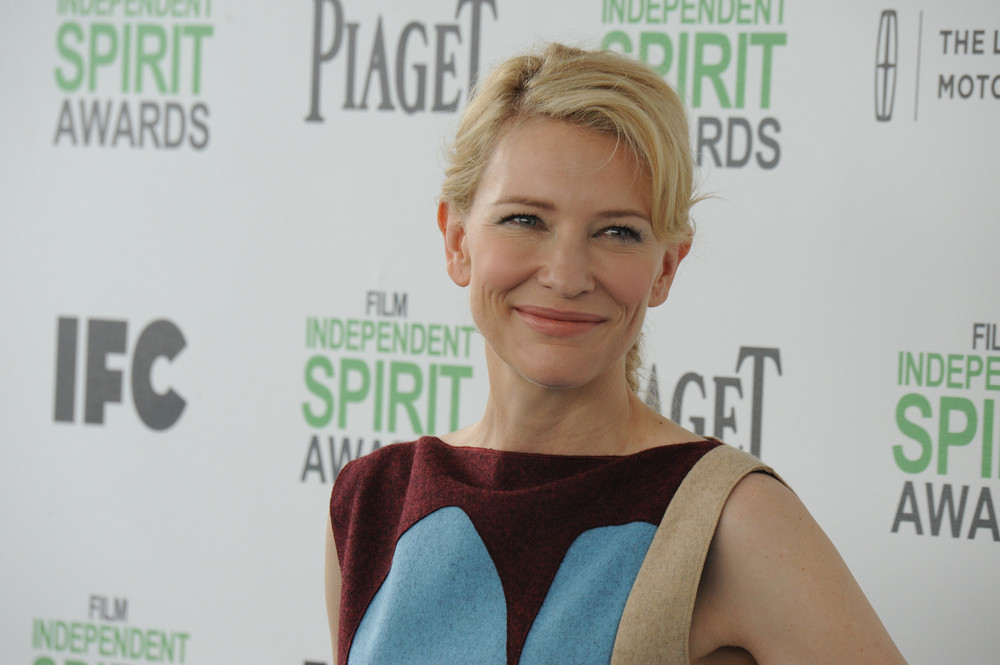 Perhaps one of Australia’s most well-known and acclaimed actresses, Cate Blanchett has won several awards both on stage and on screen for her efforts. These include two two Academy Awards, three Screen Actors Guild Awards, three Golden Globe Awards and three BAFTA Awards.

Blanchett graduated from Australia’s National Institute of Dramatic Art in 1992, and immediately began working in theatre. She made her feature film debut opposite Glenn Close in 1997’s Paradise Road.

American audiences, though most would be able to identify her, probably recognize Blanchett from her turn as Galadriel in the Lord of the Rings and Hobbit franchises. Future films featuring the Australian actress include the final instalment of The Hobbit franchise – The Battle of the Five Armies, Knight of Cups, Carol and Disney’s live-action retelling of the fairy tale Cinderella. As the top-earning woman on the list, Blanchett made $17.2 million last year. 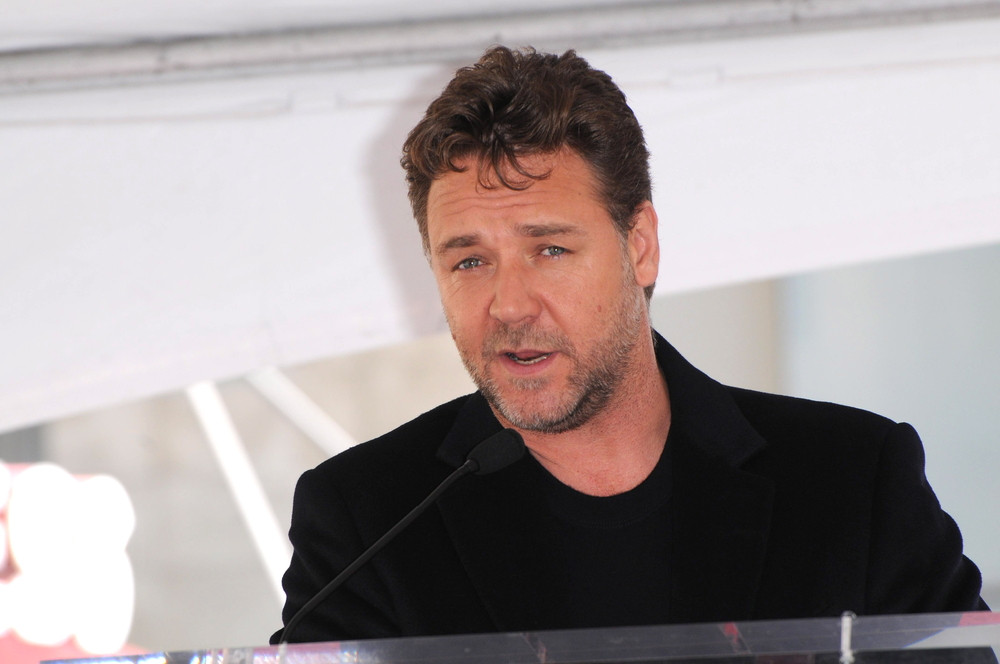 Russell Crowe is one of the most well-known actors to come out of Oz, with several roles in award-winning movies. He was born in New Zealand, and even though he is the most senior on our list, didn’t really begin his acting career until the early 90s.

Before his foray into acting, Crowe was a member of several bands, and continues to find music a passion. His big breaks into acting came with roles in Romper Stomper (1992) and The Sum of Us in 1994. Crowe’s first American-made movie was The Quick and the Dead.

He’s perhaps best known for his role in Gladiator, for which he won an Academy Award, and for A Beautiful Mind, for which he was nominated. Recently he has starred in Noah, Man of Steel and Les Miserables. Upcoming films include The Water Diviner and Fathers and Daughters.

His extensive body of work traverses all genres of film, which is perhaps why he has also become a produce. Crowe has donated to several charitable organisations, many of them in the education field.

With his recent blockbusters like Noah and Man of Steel, Crowe racked in Just over %15 million in 2013. 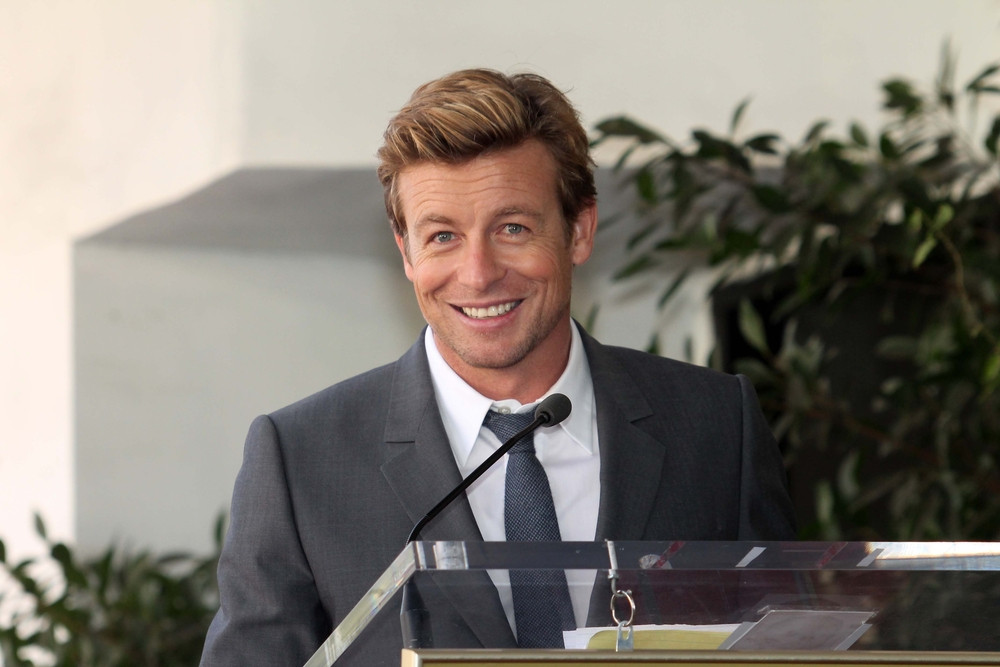 Simon Baker is a native to Launceston, Tasmania. He started his career in music videos as Simon Baker-Denny, and followed that with roles in E Street, Home and Away and Heartbreak High.

Baker really began to get acclaim in the United States with a small role in the award-winning movie L.A. Confidential. Now, he is best known for playing Patrick Jane, the lead role on CBS’s The Mentalist, which has been on the air since 2008.

In 2013, he was awarded a star on the Walk of Fame. Upcoming projects include the seventh and potentially last season of The Mentalist. He earned $10.1 million in 2013. 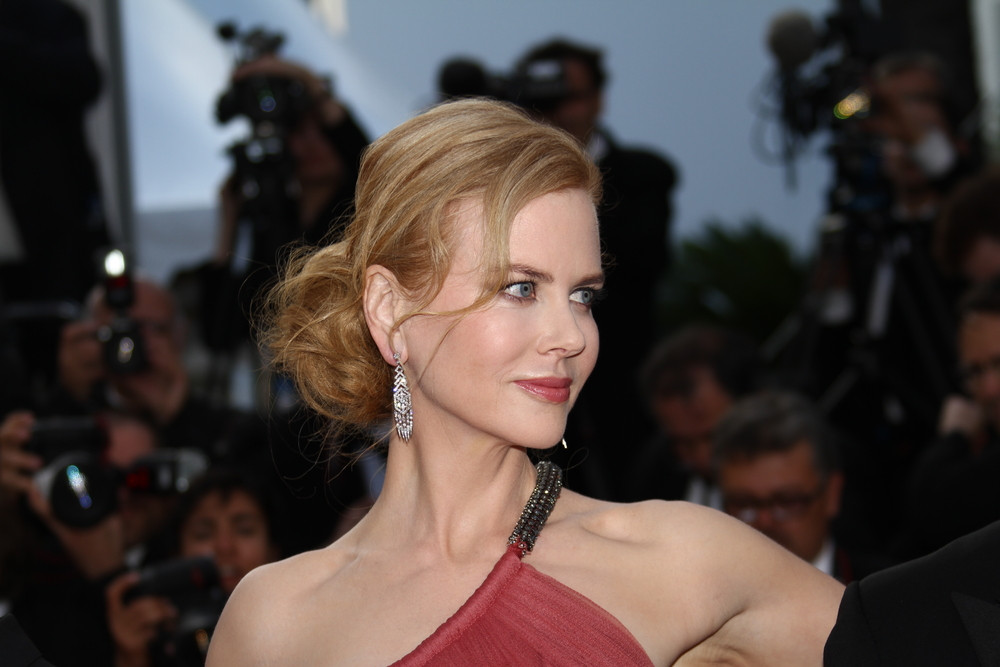 Although Nicole Kidman was born in Hawaii, she and her parents quickly returned back to Sydney when she was just three years old. Kidman dropped out of high school at 16 to pursue a career in acting. In her personal life, she was married to American actor Tom Cruise for 10 years, throughout the 90s. She is currently married to Australian musician Keith Urban.

Her first recognized role was in the Australian holiday favourite Bush Christmas in the 80s. Followed were roles in BMX Bandits and Vietnam, also Australian-made movies. Kidman’s first major US movie was Dead Calm in 1989.

Her first major award came from her starring role in To Die For in 1995, for which she won the Golden Globe. She was nominated for her first Oscar in 2001 for Moulin Rouge! And was the first Australian actress to win the Oscar, this time for Best Actress in The Hours in 2002.

In 2014, Kidman’s turn as Grace of Monaco was met with largely unenthusiastic reviews. Her upcoming efforts include Before I Go to Sleep, Queen of the Desert, and Paddington. She’s currently filming Family Fang. Although she didn’t make any appearances in superhero movies like our next celebrity, she pulled in an impressive $8.6 million in 2013. 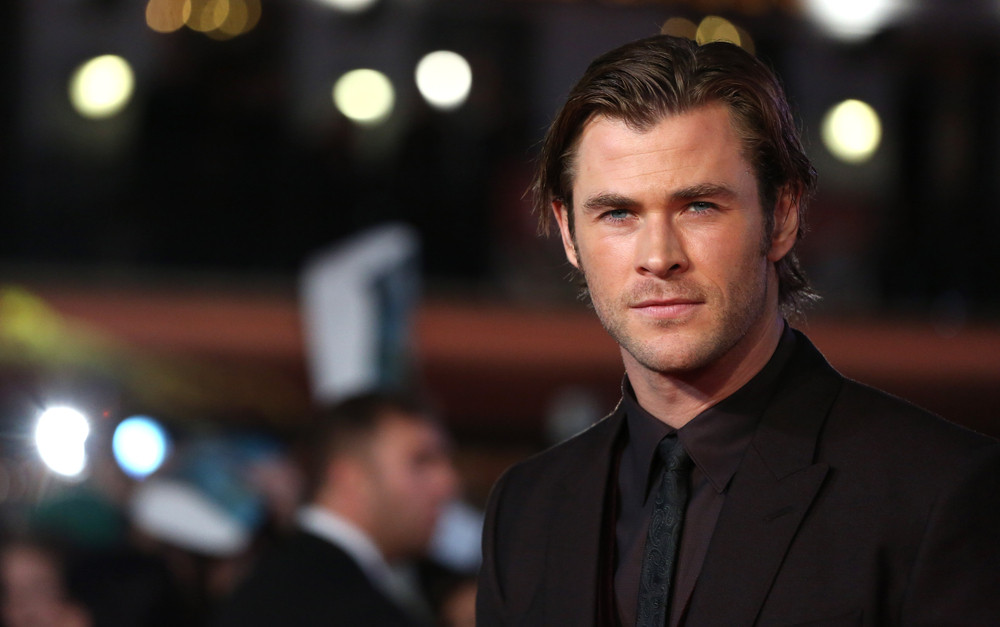 Chris Hemsworth is the youngest star on our list, hitting his stride this year because of Thor: The Dark World, which came out in 2013. Hemsworth was born in Melbourne, and has two brothers (Liam and Luke) who are also in the industry. He married actress Elsa Pataky in 2010, and they have three children together.

Although he is now known worldwide as Thor from Marvel’s cinematic world, he got his start on the Australian soap opera Home and Away. After three years on the show (and a short stint on Australia’s Dancing with the Stars), he made his first Hollywood appearance in 2009’s Star Trek. He is best known for his turn as Thor from the similarly named movie from 2011, The Avengers (2012), and the previously mentioned sequel to Thor. Other movies Hemsworth has starred in include the cult hit Cabin in the Woods, Snow White and the Huntsman, and the Ron Howard-directed Rush.

Hemsworth has a full slate of upcoming projects including Avengers: Age of Ultron, which has just entered post production, Blackhat, and Heart of the Sea. He reeled in $7.5 million in 2013, mainly for his role in The Dark World.