The Rise of the Zombie Company: How to Know If Yours Is Part of the Undead 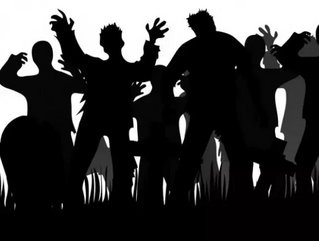 In the past, many underperforming companies managed to slip under the radar and escape insolvency. With market conditions changing, these businesses need to change course if they want to avoid going under.

Andrew Beck, national head of turnaround and insolvency at RSM Bird Cameron said, “In 2014, many indebted companies were able to repay the interest on their debts but not able to reduce the actual debt itself or invest in maintaining or updating equipment or make strategic investments. Low interest rates let these zombie companies maintain their commitments to their financiers. As such, it is unlikely that these financiers will seek to enforce their security any time soon and this is how zombie companies will continue to battle on. The amount of zombie companies may even increase, given there is no expected increase in interest rates in the near future.”

According to Andrew there are four signs, which indicate a company may be heading for zombie-status:

1. Covering the bare minimum. Companies that can only cover the bare minimum such as running costs and interest-only repayments may be heading for zombie-status if they can’t improve their position in a reasonable time frame.
2. Paying interest but not the debt. After paying initial costs such as rent and wages, companies should at least be able to repay interest on outstanding debts. However, if the business is incapable of paying down the actual debt to an agreed timeline then it may already be a zombie. So, unless their operating practices improve dramatically, they are likely to become insolvent in the end regardless of bailouts and support.
3. Put a hold on growth. Zombie companies generally are not able to invest in new business or hire new staff. When organisations need to put a prolonged stop to growth and expansion, especially if market conditions are average, this can be a warning sign.
4. Financiers will be reticent. When companies have reached the point where they are only covering interest and not paying off the actual debts, smart financiers and investors will become more hesitant to continue funding the business. This may in turn lead to additional debt from alternate sources (e.g. creditors including the ATO) which may go largely unpaid if the company is declared insolvent and will leave lenders and investors without their money.

Andrew Beck said, “Some companies need support or even a bailout because of extraordinary circumstances, while others simply need a longer foundation period before they can start to turn a profit. But when an organisation consistently underperforms financially and is doing the bare minimum to meet its financial obligations, it could be a sign that the business is about to reach zombie-status.

“When this happens, there are two options. The first is to try to save the company with an overhaul of management practices and operational procedures. The second is to put an end to the cycle and shut down the business. Either way, a zombie company cannot be allowed to continue to wander aimlessly, potentially taking others down with them.”