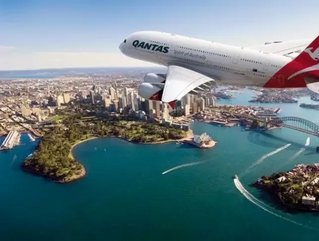 This year has presented several disasters, tragedies and mysteries for airlines and plane crashes. The stories of MH370, MH17, Air Algerie 5017 and recently AirAsia QZ8501 have all gripped the media and public, devastating families and convincing the few that maybe air travel isn’t the best option.

So it’s nice to hear when an airline has experienced success with safety. Australia’s national airline Qantas was awarded the title of “world’s safest airline” from AirlineRatings.com.  Audits from aviation’s governing bodies, government audits and airline fatality record were taken into account for 449 airlines, including low-cost carriers.

One of the highlights from the report was the real-time monitoring of the company’s engines across the fleet via satellite communication.

"Doing so allows the airline to detect problems before they become a major safety issue," the report says.

The airline was also mentioned as a “leader in the development of an avionics system that provides a direct data link communication between the pilot and the air traffic controller, as well as the development of flight data recorders to monitor plane and crew performance,” shared 9 News. Qantas is a fatality-free airline in the jet age of air travel, and was also named the most experienced airline in the sky. No trepidation flying Australian!

This is a great way for the airline to start the New Year. Congratulations to Qantas!