The Power of Body Language for Executive Leaders 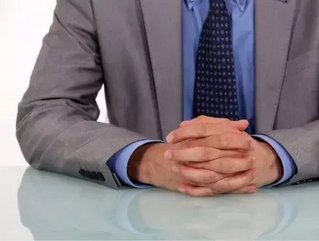 The expectations for a corporate executive are immense. They must be dedicated, motivated, and work harder than anyone else. They log countless hours under enormous stress, giving up nights and weekends. But to move ahead, a business executive must also possess leadership qualities.

Great leaders communicate their company’s vision in a way that inspires and motivates employees. These business leaders build powerful teams, drive innovation and have a passion for success. They also nurture the one thing many executives lack, self awareness.

Most executives can deliver a persuasive presentation – that’s easy. But, when under fire, even powerful executives do not always convey a message of strength and confidence. They can be uncomfortable answering questions with their voice changing pitch, shuffling their notes and rushing through answers. Everyone walks away feeling uneasy.

How you handle yourself in a stressful situation says a lot about who you are; as a business executive, as a leader, as someone to be trusted you need to be across this. It all comes down to how you manage nervous energy.

Nerves can make us anxious and fidgety, confused and erratic. Our body language betrays us, exposing our fear of failure through trembling hands and rattling knees.  A good leader recognises the trigger points, knows how their body will react, and understands how it may be perceived. A good leader develops self-control.

Lets take the example of James and Rupert Murdoch as they testified for a Parliamentary inquiry board into the News of the World phone hacking saga. These are two of the world’s most powerful media moguls under fire for a scandal with criminal, ethical and career-ending implications.

The father-son team were a unified force. They shared the same message and likely spent weeks preparing for their public grilling on who knew what and when about the newspaper scandal. But what came across on the television, was strikingly different.

News Corp Chairman and CEO Rupert Murdoch was solid, confident, strong. He looked his accusers straight in the eye during questioning. He leaned in towards the panel and used only a few deliberate gestures to make his point. Even though he couldn’t remember many details, he never wavered.

His son, James, portrayed a very different type of leader. His body language was jittery and he appeared nervous. He fidgeted, shifted his shoulders and bobbed his head trying to make eye contact with the entire panel. His repeated use of the same hand gestures was distracting. James came across as erratic, in his body language and his speech.

During questioning by the Parliamentary committee, the younger Murdoch appeared to be fishing for the right words that would make it all go away. He began answering questions immediately after they are asked, then struggled to collect his thoughts.

James Murdoch spoke using formal language during the hearing. He responded from the company’s point of view, and paused to emphasise words so often that his speech pattern seems stuttered.

In contrast, Rupert Murdoch used short simple phrases to answer panellists. He responded to questions from his personal point of view; using the term ‘I’ to explain his perception, his awareness, his knowledge. He used the phrase “I’m going to say something,” to appear as if he broke from the script to speak from the heart. He said little, but had everyone’s attention.

A business leader must articulate effectively. Otherwise, they will have difficulty getting people to believe in them, to trust in them, and to follow them. A speaker can inadvertently create barriers to trust by deviating from normal speech with >>>

Rupert Murdoch is a shrewd businessman with decades of experience answering to powerful people. He remained calm and confident under intense questioning. Few people can retain this kind of poise under pressure.

Compared to Rupert, anyone would have looked a little frazzled. Had James have been alone in front of the committee, his nervous body language may not be so apparent. Keep in mind, the questioning went on for hours in a large room with several distractions, including the media and an audience.

The committee probably didn’t spend their breaks talking about the way James fidgeted with his glasses or how Rupert waited a full five seconds to answer a question. They were there to get answers about the phone hacking scandal.

But to the person watching the proceedings on the television, there was much more time to scrutinise every movement.  The camera captures a close up of each man as he speaks. The viewer sees a side-by-side comparison of James and Rupert. And the differences become glaring.

The general public won’t say they disliked any speaker because he fidgeted or was arrogant when he spoke . The average person just gets an overall impression of who the speaker is and what he or she stands for. Either they trust him or they don’t.

What you say, is as important as how you say it. No matter how rich and powerful you get - people will only listen to you as long as they believe you. That is why verbal and nonverbal communication must be consistent.

As an executive, you must be self-aware of your strengths and weaknesses when speaking before groups. You must acknowledge how you react under stress and take deliberate steps to counter your nervousness. Regardless of your personal style, the goal is come across calm and measured.

Does your speech get louder and faster when you are stressed? If so, practice slowing down your pace, practice keeping your volume level when answering questions, and identify the trigger points that set you off so you can remind yourself when to slow down.

It is essential for every executive to acknowledge their nervous habits and learn how to overcome them.  A great leader is aware of the image they are portraying in every situation. They know how to maintain control by asking themselves these questions >>>

As with everything that is important, you must practice self-awareness in calm situations so that you may tap into it during stressful ones. Once you find your inner confidence, you can take control of your future using powerful communication, clear articulation and a consistent message.

Darren Fleming is the founder of Executive Speaking. He specialises in helping business leaders speak as the leaders they are. He does this through training, coaching, consulting and speaking at your conferences. Visit his website here or contact him via LinkedIn and Facebook.