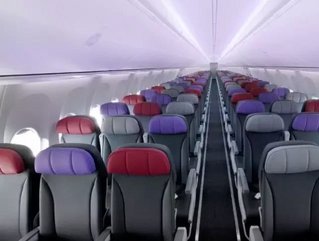 Travelers have been asking the major airlines for months for a relief from the high gas surcharges, especially with the International Air Transport Association reporting fuel prices had halved by the end of 2014, and have since fallen 17 percent in January.

Now, Virgin Australia has responded. The airline is the first to respond to the request, announcing that the company will be restructuring its US airfares to reflect the savings.

The fuel surcharge will not be completely eliminated from its pricing, but Virgin has shared that the airline will incorporate fuel costs into fares the same as it does other operating expenses.

Flyers in economy and premium will see fares drop by $40 each way on flights to LA; business class fares will drop by $50. Brisbane and Sydney to LA are the only two routes the company operates that have a hefty surcharge of $680.

“These reductions reflect the benefits of the decline in global oil prices along with the negative impact of the depreciating Australian dollar,” said a statement issued by Virgin Australia.

In contrast, Qantas is holding firm on their fuel surcharges. One reason the company gives for this is that the airline regularly has had cheaper airfares.

“For instance, the price of a fare to London is about 30 percent lower than it was 10 years ago, adjusted for inflation,” a spokesman said.

However, to respond to Virgin, Australia’s native airline has lowered overseas fares by as much as $500.

On top of Virgin’s exciting pricing news, the airline was also revealed as the most punctual in the country for the second month in a row.

“We know how important on time performance is to our customers and this continues to be a key priority for Virgin Australia,” he said.