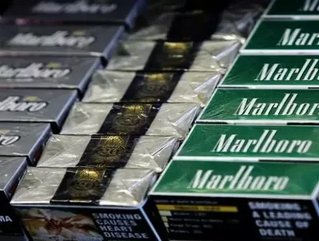 Philip Morris has initiated legal action against the Australian government in response to its plans to remove brands from cigarette packaging.

Australia is the first country to introduce such legislation, which is intended to cut down Australian smoking rates by replacing tobacco companies’ colorful logos with large, ghastly anti-smoking warnings. Brand names will still be printed on the packages, but only in small, uniform font.

The tobacco giant contends that the new packaging will undermine its decades of brand building and recognition and has served the Australian Government with a notice of claim, starting a mandatory three-month period of negotiations.

If the government loses, it will potentially pay billions of dollars in projected losses.

“I think most people know that brands have value; it's essentially the same thing, anybody walks into the supermarket, you can choose between generic brands are brands with brands,” said Philip Morris spokeswoman Anne Edwards during a press conference. “Everybody knows that generic brands are cheaper. And brands really do have value, and that's why we're pressing forth with this.”

Prime Minister Julia Gillard says that the government has no intention to back down from Philip Morris’ legal attack.

The legislation will be formally introduced to the Australian Parliament in July and if passed, will come into effect early next year.

Recent polls have shown that the majority of Australian adults approve of the proposed law, but some business groups have spoken out against the government’s treatment of tobacco companies.

“What company would stand for having its brands, which are worth billions, taken away from them?” said Scott McIntyre, spokesman for British American Tobacco Australia, in a statement. “A large brewing company or fast food chain certainly wouldn’t and we’re no different."