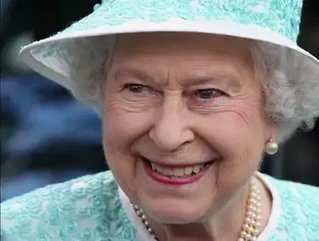 Australian taxpayers are picking up the check for thousands of dollars in gifts to dignitaries from the Queen and other royal family members.

Prime Minister Julia Gillard was one of 40 dignitaries receiving framed photos and royal mementos in October from the Queen and Prince Philip, racking up a cost of $15,000 to taxpayers, according to a report from the Herald Sun.

That’s not all they shelled out. Last year, the Queen’s tour of Australia cost about $1 million thanks to the practice of passing costs “to the realms.”

This decades-old practice of the Australian Government is a regal protocol that requires the Commonwealth citizens to pay the costs of these gifts. Australian taxpayers have previously paid for Prince Charles’ $350,000 travel bill of his 2005 tour and his $600,000 1994 trip. Items adding to these several thousand dollar expenditures include flights, phone calls, meals, drinks and accommodation.

About 84 per cent of more than 3,600 voters in an ongoing Herald Sun poll said Australian taxpayers should not have to pay for gifts the Queen and Duke of Edinburgh presented to leaders. About 16 per cent answered yes, taxpayers should.

"But if people are unhappy about these quite bizarre costs, if we want to stop kowtowing and giving these funnily funded gifts, we want to get to the real issue which is becoming a republic," Keating said.

On the other side of the argument, the Queen shouldn’t be expected to pay for such gifts personally, said Professor David Flint, chairman of Australians for Constitutional Monarchy. He added that an Australian president in any future republic would also not be expected to pay.