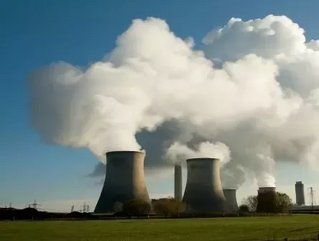 The announcement of Australia’s plan to link its carbon tax pricing scheme with that of the European Union’s in three years’ time has elicited a string of bitter reactions from various political parties and business councils who fear for the wellness of Australia’s business economy between now and 2015.

“Today’s announcement is an acknowledgement by the government and the Greens that the floor price in the emissions trading system starting in 2015 was flawed because it imposed an artificially high price and complexity that would add unnecessarily to business costs,” Business Council of Australia Chief Executive Jennifer Westacott said in a statement released today.

“Removing the floor price and creating the opportunity to access international permits at a lower cost once emissions trading starts in 2015 improves the capacity for businesses to manage the impact of Australia’s carbon price, but only after enduring three years of unnecessary cost.”

Originally, the Labour Government had proposed to introduce a $15 per tonne floor price to avoid shocking taxed businesses with a sudden price change, but that scheme has now been scrapped in favour of an inter-continental system.

What that means for businesses operating in Australia and the EU, according to Mr Combet, is that they will "be allowed to use carbon units from the Australian emissions trading scheme or the European Union Emissions Trading System for compliance under either system” with post-dated permits available for purchase from the European Market for use in 2015.

Under the previous scheme, Australia’s price-per-tonne of carbon emissions was expected to hit $29 by 2015 – a much higher figure than the $8-per-tonne that Europe is currently trading at, The Australian reported.

While that part of the new scheme has been well received, the timeline set out for the implementation of these changes could end up hurting Australia’s business economy.

“Fixing fundamental flaws in Australia’s future emissions trading system is important, but any comfort this provides to businesses will be tempered by the huge cost they will still face relative to their competitors and which they cannot offset or recover for the next three years,” said Ms Westacott.

For the Opposition party, scrapping the previous plan shows “a genuine pattern of chaos and confusion” within the Labour Government that began with Prime Minister Julia Gillard’s 2010 campaign promise that she would not implement a carbon tax once elected.

"The government itself is setting up a hoax, a cruel hoax for consumers," Opposition climate change spokesman Greg Hunt told ABC Radio this morning.

Still, the plan does have some fans that see the light at the end of the three-year tunnel: “Business needs long term certainty ... the certainty of a regulatory framework,” Australian Industry Group chief executive Innes Willox told SkyNews. “This is a positive move in the long term.”