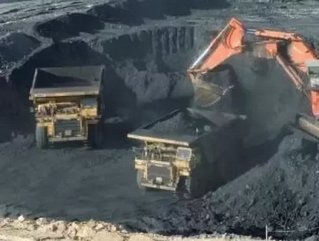 It’s been a big Monday for the coal industry in Australia.

Not only did Prime Minister Julia Gillard propose the penalty for carbon emissions at A$23 per tonne (starting next July) to improve the nation’s clean energy scheme, but the world’s largest coalminer is looking to expand further into Australia with an acquisition. U.S.-based Peabody Energy, along with steelmaker ArcelorMittal, have launched a takeover bid to acquire Queensland’s Macarthur Coal for $4.7 billion.

Despite angry rumblings from the coalmining industry about the government’s carbon tax, Peabody Energy and ArcelorMittal, who together currently own 16 per cent of Macarthur, are offering $15.50 per share through an off-market takeover offer. This is the largest bid for an Australian coalminer in history. The proposal has a 50.01 per cent condition, making it easier to overcome possible rejection by major shareholders.

SEE OTHER TOP STORIES IN THE WDM CONTENT NETWORK

According to Peabody Chairman and Chief Executive Officer Greg Boyce, "We believe there is significant value that can be created by managing Macarthur's portfolio of coal assets using Peabody's industry-leading operating, development and commercial skills.”

"Shareholders are advised that the indicative proposal is not a binding offer and is not capable of acceptance," Macarthur told the Australian Securities Exchange after the takeover bid was announced.

Though Macarthur is a good investment for Peabody and ArcelorMittal with or without the carbon tax, the $50 million coal industry in Australia is not pleased about the carbon tax. Companies like Rio Tinto have criticized the Gillard government's carbon tax, arguing the details announced yesterday would see the sector pay $18 billion over the next nine years and lose thousands of jobs.